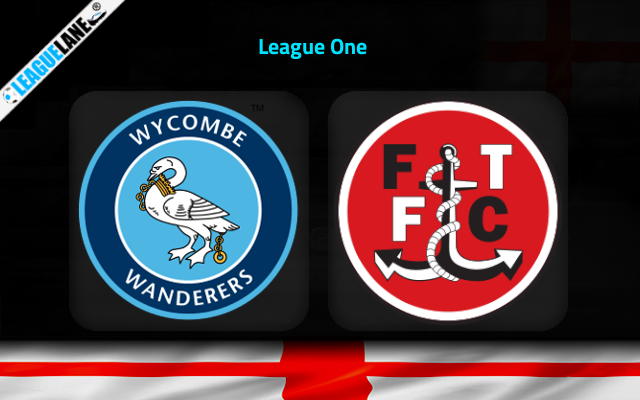 Wycombe possess a decent form in the league since the beginning. They have succeeded in collecting enough of points to find a spot inside the first 10. They sits 7th on the table with 61 points. They are just one point and one position away from the safe zone.

Wycombe won their most recent league fixture against Crewe away from home. The match saw Wycombe scoring 3 goals against one from the opposition. With that win, they are now on the back of two subsequent league victories.

Meanwhile, Fleetwood are not pulling up any trees in the league of late. They have been undergoing a disappointing form in the league so far. As a result they occupies 19th spot, which is just one point clear from the danger zone.

Fleetwood were last seen on a League Two match against Sunderland away from home. The match ended up in a 3-1 defeat for them. With that defeat, they are now winless for 10 straight league games. Following that, they will be having lowest of spirits.

Wycombe are unbeaten in 8 of the past 10 league fixtures at home. They have managed to score goals in most of those 10 home league affairs. They owns one of the finest attacking side of this season.

On the other side, Fleetwood have only won once in the past 10 league outings on road. They have leaked two or more goals in each of the past 4 away league fixtures.

By the looks of things, we expect a pleasant display from Wycombe at Adams Park on Tuesday when they meet Fleetwood in a League One fixture.