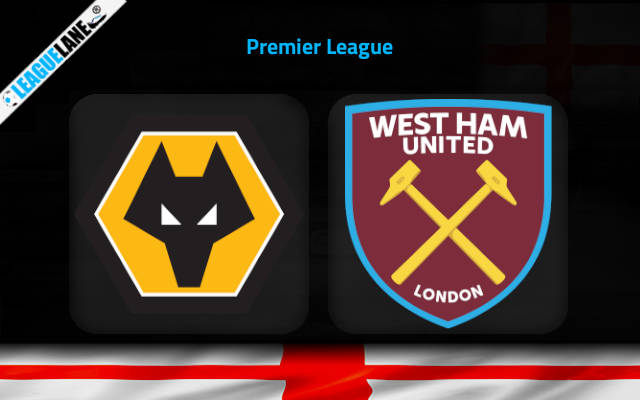 The hosts are second from bottom in the Premier League ladder going into the tie. A win here would put them above West Ham who are currently just one point above them down in the relegation scrap.

The former Real Madrid and Spanish national team manager has led Wolves to back-to-back draws against Aston Villa (1-1 at Villa Park in the league) and Liverpool (2-2 in the FA Cup at Anfield).

Wolves, who still own the weakest attacking record in the division, have scored three goals against two tough rivals on the road in the recent matches.

It is certainly a positive sign for the team ahead of the clash against West Ham United who are nowhere near the last season’s form.

The Hammers have won only 4 of 18 league outings this season. They have a dismal record of one win, two draws, and six losses in nine Premier League fixtures on the road.

The fact David Moyes’ men scored only six goals in nine away games this season says enough about their form in the ongoing campaign.

West Ham conceded at least two goals in all three league matches after the World Cup break. They did keep a clean sheet in the last weekend’s road win over Brentford in the FA Cup.

Nevertheless, we have seen more from Wolves in the latest games and we can find the value in backing the hosts to win in a low-scoring encounter at the 5.00 odds.