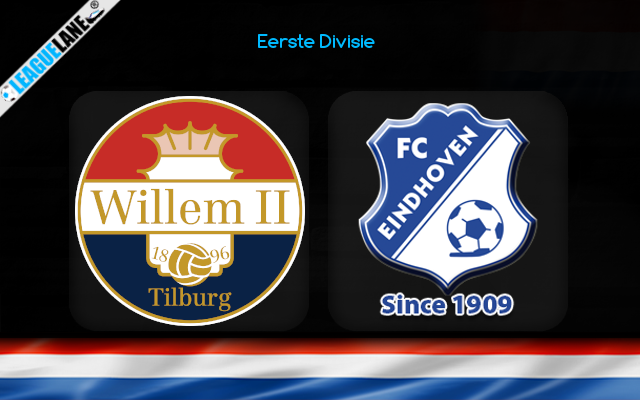 Willem II vs FC Eindhoven Predictions and Free Tips from our expert tipsters when the teams go head-to-head in the Netherlands Eerste Divisie on Saturday, 21 January 2023.

Willem II conceded a 1-0 defeat against Almere to end a positive thread of two winning games. They will be hoping to return back to the winning ways for climbing into a better spot inside the safe zone.

FC Eindhoven will be their rivals for Saturday’s Eerste Divisie fixture. Eindhoven are currently sitting inside the safe zone and will also be targeting one of those advancement spots in the standings.

The past four overall wins were evenly split, with two each for both teams. Three of the past four meetings had goals over 2.5 ft.

The reverse fixture ended in a 1-0 win for FC Eindhoven. Going on, they have only met thrice at this stadium and Willem II were unbeaten in all those meetings.

Who will win the match between Willem II vs FC Eindhoven?

Moreover, Willem II have a slight edge over FC Eindhoven in their h2h match-ups at this stadium. In that case, we expect a win for Willem II on Saturday.

Both teams are having a decent defensive line. But they have been letting in goals consistently of late. The competitive character of this match, especially the firepower of both sides inclines us to consider the possibility of a both teams scoring display.

The recent away form of FC Eindhoven is inconsistent. They have been dropping points and such a form gives more advantage to the home team Willem II on Saturday.

We like to place Willem II to win at 1.83 odds as the main betting option. For the second tip, we like to back the both teams to score option at 1.80 odds.