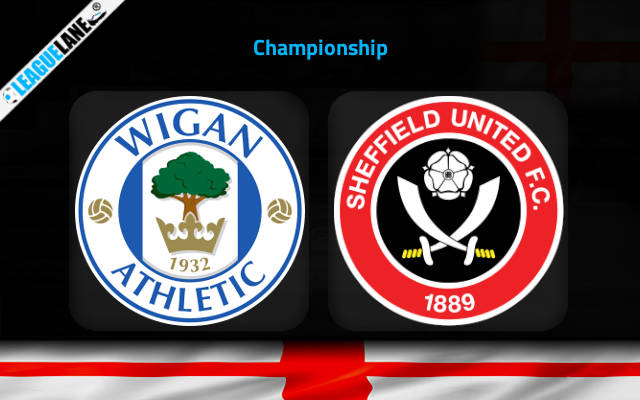 Wigan vs Sheffield United Predictions and Free Tips from our expert tipsters when the teams go head-to-head in Championship on Monday, 19 December 2022.

Sheffield celebrated their twelfth win of the season against Huddersfield recently. They are now just one win away from reaching the top of the table. The reason behind their recent success is that they improved their away form since October.

At the same time, Wigan are unbeaten in the last two games. It needs to be noted that they have a long road ahead of them if they wish to avoid relegation.

The visitors are on a two-game winning streak against this team starting from 2018.
Do also note that Sheffield have a strong unbeaten record at DW Stadium against Wigan as they are unbeaten since 2006.

Both these teams last played against each other over three years ago and the current visitors won that game by 3-0.

Who will win the match between Wigan and Sheffield United?

Sheffield will most likely win this fixture. The main reason is that they have a solid winning record against the host.

Also, Wigan’s home form is riddled with losses. Another fact is that they have lost nearly 50% of their matches this season.

In the last two meetings at DW Stadium the game ended with over 2.5 goals being scored. This time we can expect the same number of goals to be scored.

In the last five head-to-head meetings at DW Stadium both teams have scored in two occasions.

The visitors are on a two-game winning streak. Moreover, the last time they lost an away fixture was way back in October. We can back Sheffield United to win this game- at 2.05 odd. It is important to mention that the last time the host won this fixture was over six years ago.

Furthermore, our second tip is that Over 2.5 goals will be scored– at 2.10. In the last two meetings, the game ended with at least three goals being scored.