LeagueLane
Home Articles Who are the young players set to bring World Cup 2022 to... 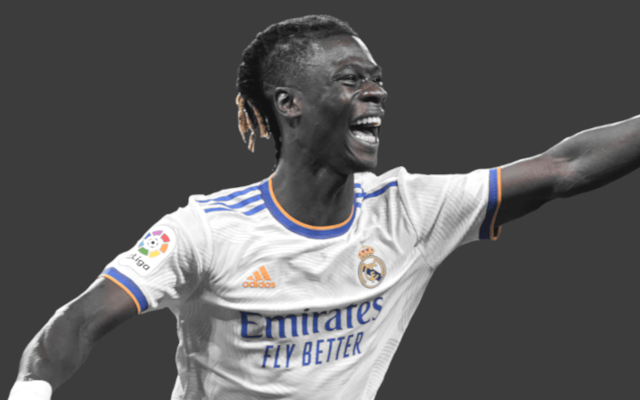 Looking ahead to this World Cup, it’s easy to think of it as a tournament with a few endings in store. At some stage this December, Leo Messi and Cristiano Ronaldo will play their last games in the tournament.

You can probably add Luka Modric to that number, and barring some very unlikely developments, also current Ballon d’Or holder Karim Benzema. All of these players will play some prominent part in World Cup betting, but it seems a shame to limit the conversation to the players who are saying goodbye.

This tournament will be a chance to say hello to some names who could be huge contributors for a decade or two to come.

Betting on the best youngsters at Cloudbet

These are names which will feature when discussing who to bet on at Cloudbet for the Young Player of the Tournament award. This was won comfortably in 2018 by Kylian Mbappe. At Cloudbet, you have the chance to bet with stable coins tethered to the US dollar, which will make your crypto betting efforts all the more serene and calm. You’ll feel even calmer if you know a bit about the players in the running for this award, while everyone else is screaming about the Golden Boot and Golden Ball. As the bookmaker goes all out to welcome the World Cup, you can bring the smartest bets with a bit of background knowledge.

Taken from the Cloudbet market for the Young Player of the Tournament award, then, here are some of the standout names who could do a job for their country at the World Cup. These are the players who your crypto betting should hinge on as games begin to kick off in Qatar. Keep a close eye on them.

Tall and slight, de Ketelaere doesn’t look immediately like a graceful trequartista, but his past few seasons at Club Brugge were enough to persuade Milan that he was the man to hang their future hopes on when it came to creativity. At 21, he just about qualifies for this award, and he’s a rare youthful name in an increasingly mature Belgian squad. He can pick out passes other players simply can’t see, and will have the likes of Lukaku and Origi to pass to in Qatar. Keep a close eye on him, because he could light up this tournament.

His early Premier League settling-in period with Everton has not been blessed with luck and positive reviews, but there are definite questions over whether Frank Lampard knew much about the player who he seems to have expected to be a midfield “enforcer”. Onana is much more refined on the ball and less about brute force than his deployment at Goodison suggests. He’s close in style to Patrick Vieira, also born in Dakar, and if the World Cup serves to show others what he’s like when he’s in his element, then it might be worth the world for his club.

Camavinga is just 19, and already has a lot of achievements under his belt having made his debut for Rennes in 2019 at the age of 16. He has been one of the youngest players to play and score for Rennes, then joined Real Madrid last year and immediately looked comfortable sharing playing time with Modric. In four international caps so far, he’s looked just as comfortable, and nobody would be shocked if he followed in Mbappe’s footsteps here.