LeagueLane
Home Articles Betting on Uncertainties – What Will 2022 Bring to Sports? 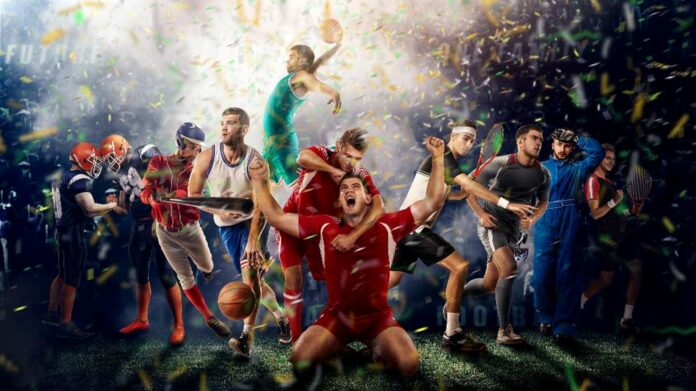 Sports betting has become one of the most popular forms of gambling, with fans all over the world enjoying a flutter on their favorite team. A great way to add a little extra interest to a match, betting can be easily enjoyed for all sports, at all levels.

However, for sports betting to run smoothly, it’s imperative that games are held as planned. Even a tiny change to the schedule can seriously disrupt bets and ruin accumulators.

There are many reasons that an event may be postponed or cancelled. Whether it’s a global disaster or a more localized problem, the question is, what happens to the bet when play is called off?

What Events Will Be Cancelled Next?

Sadly no one has a crystal ball, and it’s impossible to know what sporting events could be cancelled next. From a football team being unable to field a first 11 due to squad illness or a race being postponed due to problems with the track, there is no way of predicting the future of sports.

The good news is that most sports have continuity plans to help guard against the unexpected. For motor racing, this might mean calling out the safety car when there’s torrential rain or a later kick-off in a football match – there are many potential solutions that organizers can draw on.

The difficulty is that not all problems can be easily overcome, and although it’s a last resort, there may be times when an event cannot be held.

In the past couple of years, there have been lots of sporting events cancelled or postponed, but in the foreseeable future, experts aren’t predicting more widespread disruption. The Winter Olympics 2022 are set to go ahead on schedule, and despite the occasional postponement in other sports, most events are continuing as planned.

Anything is possible in the future, but at present, there are no indications that any events will be completely cancelled. Some individual matches may be postponed due to illness on the team and lack of players, but these incidences should be pretty isolated.

How Do Bets Work – and Are They Insured?

If you think you’ve got a strong bet, there’s nothing more frustrating than the event being postponed or cancelled – but what happens to your money when this occurs?

The good news is that when betting on sports, you won’t automatically lose your money if the event doesn’t go ahead as planned. Different bookies have different procedures, so there’s no single process that works universally for everyone.

Some betting sites give a longer period for the event to take place before officially considering it as a non-runner, for example, a week. Others only allow around 12 hours before treating it as a cancellation. In both cases, if the event is treated as a cancellation, you’ll get your stake returned, so you won’t be out of pocket.

Where there is an accumulator bet, the position can be more complicated, but some betting sites are prepared to honor the remainder of the multiple bets. There are much more diverse policies for the treatment of accumulator bets when a portion has been cancelled, so it’s a good idea to check this in advance. Keeping up with the latest sporting news can also be helpful, so you’ll have more insight into whether postponement or cancellation is likely.

In some cases, a bet may still be valid, even if the event is abandoned or called off before it’s complete. For example, if you placed a bet on the first to score in a football match and a goal before the game was abandoned, you may still receive your winnings.

Betting sites always seek to treat punters fairly and taking money for an event that hasn’t taken place wouldn’t be right. You can, therefore, rest assured that you won’t be throwing money away if an event is cancelled.

There will always be uncertainty about whether an event could be postponed, regardless of what’s going on in the world, because the risk of bomb threats, bad weather, illness, crowd trouble or disasters is omnipresent. However, the one certainty is that you’ll receive fair treatment from the bookmaker, so there’s never any doubt about the safety in placing a bet!