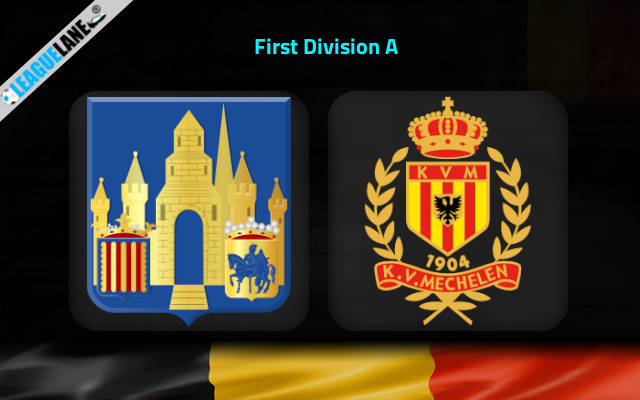 Westerlo vs Mechelen Predictions and Free Tips from our expert tipsters when the teams go head-to-head in Jupiler League on Saturday, 28 January 2023.

Westerlo supporters were disappointed as their team struggled against a relegation team in their previous outing. It is worth knowing that, they have not won a home game since November. Manager Jonas De Roeck and his men will now face their rivals Mechelen.

On the other hand, Mechelen have picked up two wins in their last three outings. They defeated Kortrijk last time in an exciting match which ended in a 3-2 scoreline.

The visitors are on a five-game winning streak against this opposition. Do note that Mechelen won the August fixture by 5-4.

It is interesting to note that the last time the host won this fixture at this ground was back in 2016. This shows that the visitors have a splendid record against Westerlo.

Who will win the match between Westerlo and Mechelen?

Westerlo have won only a single game in January. At the same time, the visitors picked up three wins in all competitions. Not to mention that they have a good winning record against this team. Therefore, the chances are high that Mechelen will win this game.

Looking at the previous record, Mechelen have scored a minimum of three goals in their last four wins against this team. They recently scored three goals against Kortrijk as well.

At the same time, Westerlo have scored in all of their matches starting in November. Therefore, it will be a wise decision to back on  both teams to score in this game.

Mechelen have an excellent winning record against this team. Do note that, at this ground they are on a three-game winning streak. You can back the following, as the first tip is that Mechelen will win this game– at 3.60 odd.

A good second tip for this game is that Over 2.5 goals will be scored– the odd for this tip will be at 1.66. The main reason for this tip is that, the last four meetings between these two teams ended with a minimum of three goals being scored.