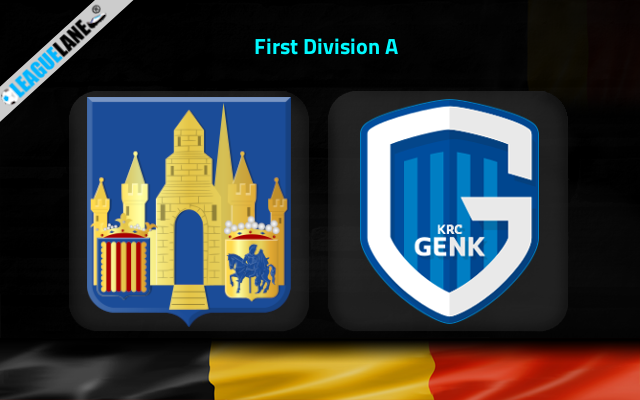 Westerlo vs Genk Predictions and Free Tips from our expert tipsters when the teams go head-to-head in the Belgian Jupiler League on Tuesday, 17 January 2023.

The decent performances of Westerlo have helped them to climb into one of the safe zone spot in the standings. They have bagged a total of 8 points from the last five league games.

However, the stats wont count much as they faces an in-form Genk on Tuesday. In Addition, Genk sits at the top position and are well clear from their competitors in the standings.

Genk have been the superior force in the recent head to head tradition against Westerlo. They have won Seven of the last eight h2h matches.

At this venue, Genk is on a five-game unbeaten streak. The latest home league match-up of Westerlo ended in a 6-1 win for Genk.

Who will win the match between Westerlo vs Genk?

Genk won seven of the last eight away matches, just like their last seven h2h meetings against Westerlo. Their form is so impressive and we are inclined to expect a comfortable win for them on Tuesday.

Westerlo, who have failed to seal a win in four of the past five home matches, doesn’t seem to have any potential to deliver a competitive display here.

Westerlo allowed a total of five goals in the last two home matches alone. Such a defensive side can easily be tormented, especially by an offensive team like Genk. Over 2.5 goals ft is likely to land in this game.

While having a strong attacking side, Genk’s eyes have always been there on the defensive side even on the road. They have kept a clean sheet in three of the past five road trips and we expect them to record the same on Tuesday at Het Kuipje.

Genk is unlikely to concede a defeat on Tuesday. They are impressive enough and backing them to seal a win at 1.85 odds looks ideal enough for this Jupiler League match.

As an alternative, Over 2.5 goals option at 1.62 odds will be our targeting tip considering the form of Genk’s attacking side.