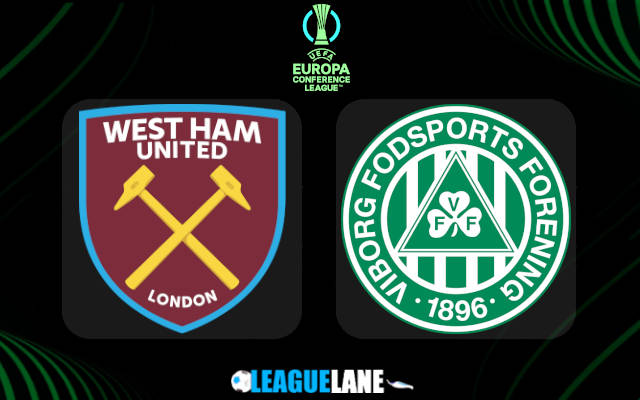 West Ham will be looking to forget their dismal start to the 2022/23 Premier League campaign on Thursday evening when they play host to Danish side Viborg in the battle for the group stage of the UEFA Europa Conference League.

The Hammers failed to find the back of the net in the opening two games of the season in the domestic league.

While the 0-2 defeat to defending champions Manchester City on the opening day was kind of expected, the 1-0 loss away at the newly-promoted Nottingham Forest certainly was not.

If we add the goalless draw to French Ligue 1 side Lens in the team’s final preseason exhibition, it’s three straight matches without a goal scored for David Moyes’ troops.

It will be very interesting to see whether Moyes will give his new acquisition Scamacca a chance to play from the start of this game.

Scamacca only came on from the bench in the inaugural two rounds. He should have space here past the Danish opponents and if he starts, the Italian is a decent shout for the anytime goalscorer pick here.

Viborg, on the other side, are enjoying their inaugural appearance in this competition. They have a perfect score of four wins in four outings in Conference League qualifiers so far.

Nevertheless, the wins over the likes of Suduva and B36 will count for little when they come face to face with the English Premier League rivals here.

West Ham are struggling offensively at the start of the season. We expect this match against the Danes to unlock the doors for them and boost up the team’s spirits ahead of the upcoming domestic challenges.

The hosts should be very motivated to get the comprehensive win here and that is enough for us to back West Ham to win by two or more goals difference in the first leg on Thursday at the odds of 1.75.