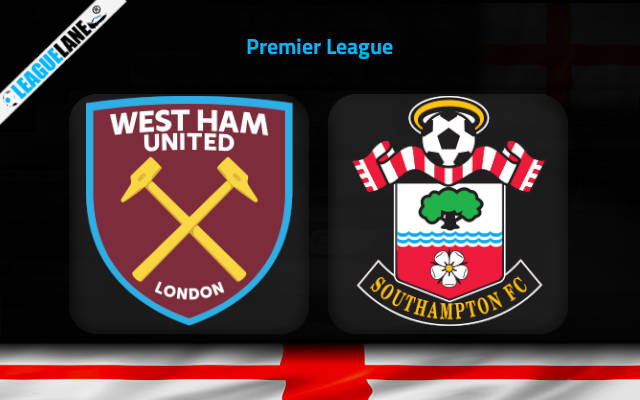 West Ham had shown signs of gunning for a top-four finish early in the season, and were in spectacular form. However, their performances have dipped a bit lately, and they are dropping points in a slightly alarming fashion.

But hope is not lost yet. They are still placed fifth in the table, and if not for the resurgence of Arsenal, they would have been in a comfortable position.

Anyhow, the team needs to get back into their winning groove. The likes of Tottenham and Manchester United too have stepped up their efforts for a top-four finish, and competition is going to be fierce.

This Sunday, the Hammers are at home, and are taking on one of the weakest teams in the PL (as per current form).

Southampton are on a long winless run, and they are conceding goals in almost every other match-up. And on top of that, they have an inferior h2h record against this rival as well.

Surely count on West Ham to make good use of this fixture, and post a much-needed three points on the board.

The Hammers lost 2-0 on the road the last match-day, against Arsenal. Since the end of November, they have been on a worrying stretch of performances. However, before that they were on long winning streaks, and were scoring goals at an impressive rate.

They need a quick return to their old ways, and this upcoming match-up is a great opportunity to deliver a confidence-boosting win.

Reason being, Southampton are one of the worst teams in the competition at the moment. They are on a six-game winless run, and had remained so in 17 of their past 21 games. They have also been absolutely poor on the road, and they have an inferior h2h record against this foe as well.

Tips for West Ham vs Southampton