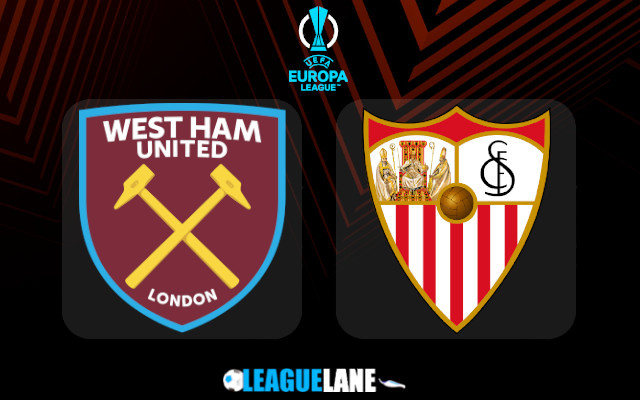 West Ham United will try and annul a one-goal deficit against Sevilla in the reverse game of their UEFA Europa League last 16 round on Thursday evening at London Stadium.

The English outfit will have a tougher-than-expected task on the occasion, though, as they will likely be without several key first-team regulars on the occasion.

This season’s West Ham United’s best player Jarrod Bowen is injured and won’t be available for selection here, while the likes of Vladimir Coufal, Michail Antonio, and Aaron Cresswell are all potentially sidelined through injuries as well.

The Hammers did manage to stay in contention for the top-four finish at the end of the Premier League season with a 2-1 victory over Aston Villa on Sunday afternoon in London.

Andriy Yarmolenko and Pablo Fornals were on target at the weekend. However, it is important to mention that David Moyes’ men have generally experienced somewhat of a slide in form of late.

West Ham had lost three straight outings across competitions before the aforementioned win over Aston Villa.

Sevilla have not been enjoying a much better form of late either. They only drew 1-1 away at Rayo Vallecano on Sunday to stay ten points shy of Real Madrid who eased past Mallorca on Monday night.

The team led by Julen Lopetegui are winless in seven subsequent away matches across competitions.

Only 1 of the last 13 games Sevilla played on the road across competitions saw three or more goals scored. Since West Ham United will likely miss two of their key players up front, we can hardly imagine a high-scoring scenario on Thursday in London.