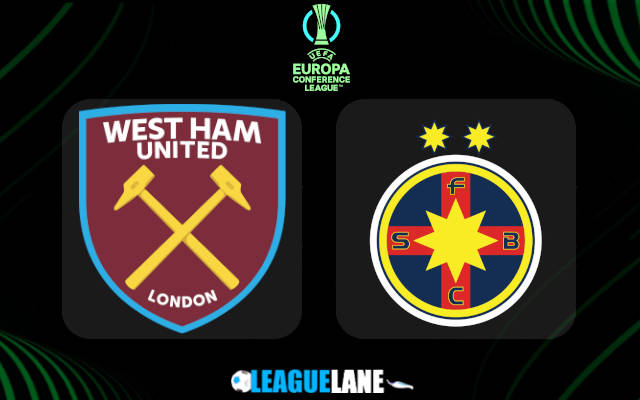 West Ham were one of the title favorites the last season in the Conference League. Though they missed out on their aim, they will be determined to give an even better try this time around. And they will hope to begin their journey with a win in front of their home crowd against Romanian counterparts FCSB.

FCSB had finished 14 points below the toppers at the end of the previous regular season in the Romanian league. And this time around, they have been in a total mess.

They are placed 13th in a table of 16 as of now and they have registered just one win from their 7 fixtures. Do also note that only two other teams have let in more goals than them in the entire competition.

Going on, West Ham also have some stories of struggles to share. They have not had a decent campaign so far in the English Premier League after all.

But one thing that needs to be considered is their massive experience. They regularly take on some of the absolute best teams in Europe and they also had a superb campaign in the Conference League the last season.

They will consider this upcoming encounter as an opportunity to deliver a huge win and thus to gain their confidence back.

As things stand, expect a convincing victory for West Ham.

Despite their recent struggles, West Ham have lost just one of their past four fixtures. And this defeat had come against none other than Chelsea. Do also note that during this stretch they had defeated the in-form Tottenham.

It also needs to be considered that they have failed to find the back of the net at this venue just twice in the whole of 2022. And one of these matches was against Manchester City.

FCSB were winless in three of their previous four overall fixtures and they had remained so in four of their past six road trips. In addition, they are also placed in the bottom-most tier of their league table, which is already miles behind in terms of quality compared to the Premier League.

By the looks of things, expect a high-scoring victory for West Ham this Thursday.

Tips for West Ham vs FCSB