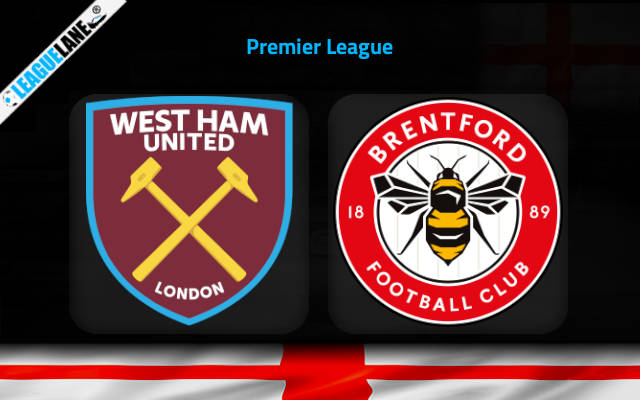 West Ham will desperately want to end a dismal four-loss streak on Friday evening when they will raise the curtain on Matchday No 18 in English Premier League with the home fixture against London rivals Brentford.

The Hammers are now only one point above the relegation zone after falling 3-1 away at another London counterpart Arsenal on Boxing Day,

David Moyes’ men did manage to get the early breakthrough through Said Benrahma’s penalty-kick goal, but they were completely powerless in the second half against a clearly better opponent on the day.

West Ham have only 4 wins in the opening 16 games of the season. They have scored 13 goals in the process. Moyes will likely be without Gianluca Scamacca here, meaning Michail Antonio will lead the line on Friday once again.

Brentford, on the other side, offered another exciting attacking display in the 2-2 stalemate to Tottenham Hotspur on Monday.

Ivan Toney was on target once again, bagging his eleventh goal of the season. He will no doubts be the main threat to the Hammers’ goal on Friday.

Thomas Frank’s men are undefeated in four subsequent league matches and they are in the top half of the standings ahead of the final game of the year.

It is very hard to justify the 2.05 price tag for West Ham here knowing that Brentford left a much better impression so far in the season, including the first game after the World Cup break.

We thus like Brentford to win & Both Teams To Score very much at the 7.00 odds. Alternatively, Ivan Toney is well worth backing to continue his magnificent goal-scoring run and find the back of the net at London Stadium at the 3.10 odds.