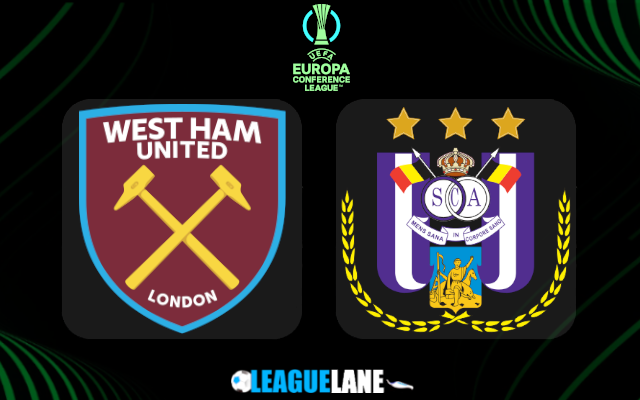 West Ham’s hope will be high ahead of their ECL fixture against visiting rivals Anderlecht on Thursday at London Stadium.

The spirits gained from playing in the English Premier League will be really high. And if they have claimed a safe zone spot despite of having one the best competitive atmosphere in the past several years, it is the proof that West Ham have some heavy potential to break through.

But Anderlecht did not face the expected demolition from the West Ham side in the reverse fixture. The match had finished in a 0-1 win.

However, West Ham will be bookies favorite pricing them just at 1.45 odds to claim the spoils here. It is very easy to understand why because the Hammers have a 100% winning record in the past 6, barring a single fixture.

It is worth noting that David Moyes men in the attacking line had netted in a total of 12 goals over the course of the past 6 fixtures.

Anderlecht, on the other hand, did not own any display capable of defending West Ham’s aforementioned stats. The main problem is their inconsistency. It doesn’t look good for the team which opened up with a victory in this ECL season and then falter.

The Hammers are one of the favorites to lift the Conference League at the end of the season. They might have failed to qualify for the Europa or the Champions League, as they had to be content with a seventh-place finish in the last Premier League season.

But that just might have been the blessing in disguise they needed, to finally put an end to their trophy-less run in the Europa Conference League.
On the other hand, Anderlecht have tasted victory in just two of their last five road trips.

For all these reasons, anticipate a victory for the home side West Ham on Thursday.