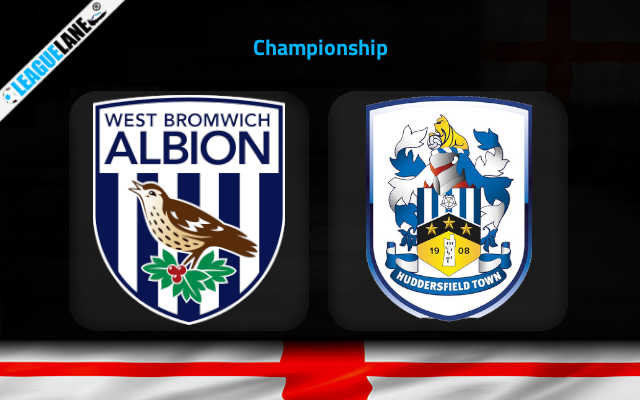 West Bromwich ended a horrendous run of seven consecutive games without a win on Saturday when they dispatched Hull City 0-2 on the road with a brace from their top scorer Karlan Ahearne-Grant.

The Baggies had previously claimed just one point in the previous seven affairs in the league. They have scored only one goal in the process.

Can Grant’s brace and the victory at The MKM Stadium wake them up? Steve Bruce’s troops will be seriously tested on Friday evening when they play host to in-form Huddersfield Town in one of the most exciting matches of Gameweek 37 in Championship.

The Baggies are no longer in contention for promotional playoffs after the aforementioned dreadful series of results.

However, they could get back in with a potential winning thread over the next several weeks. Clinching a home win over Huddersfield Town will be easier said than done, though.

The Terriers have thus once again kept their net untouched. They have conceded only two goals in the last eight outings.

Since West Bromwich Albion failed to find the back of the net in six of the previous eight games, we would not be surprised to see the hosts struggling to get things going up front against the rock-solid back line of Huddersfield’s.

Huddersfield Town conceded only two goals in the last seven Championship games. They won three and drew one of the last four league outings on the road, including the 1-2 victory over sovereign leaders Fulham.

Since the visitors also won four of the last five H2H clashes against WBA, we will back the away win at the sky-high 3.75 odds.