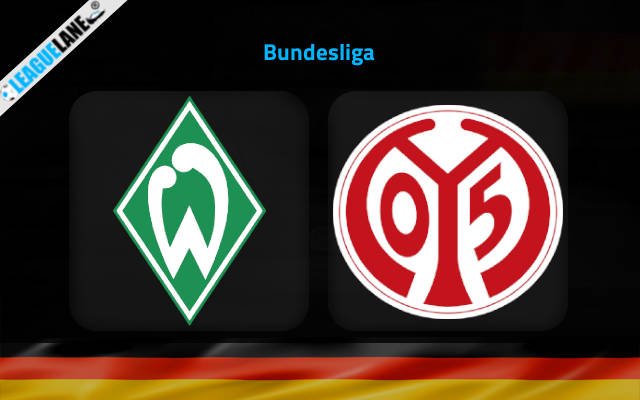 Werder Bremen is currently in the Bundesliga’s European spots and two back-to-back victories certainly helped the team make progress. They will host Mainz this Saturday for an early kick-off.

Bremen’s all-or-nothing approach worked in their last home match as they thrashed Borussia Mönchengladbach 5-1 at the beginning of this month.

Most recently, they won against Hoffenheim by 2-1. It was Niclas Füllkrug who scored the winning goal with just three minutes remaining before the full-time whistle.

The last time Mainz won a Bundesliga fixture was on the 4th of September. They are on a four-game winless run. In their last league outing, they faced RB Leipzig in a 1-1 draw. Marcus Ingvartsen scored the opener in that game.

The visitors have been lacklustre in front of the goal this season. Barring VfL Bochum they have scored the least number of goals in the league.

This is the primary reason why they are languishing in the bottom half of the table.

Manager Ole Werner’s objective is not secure a win at any cost. This will help the team enter the top four in the Bundesliga.

Manager Ole Werner has instilled a fearless attitude as the team netted twenty league goals already, bettered only by Bayern Munich who have scored just five more than them.

It has to be mentioned that the host are the newly-promoted team. Usually the opposition would have a chance to dominate against such teams, but not in Mainz’s case as they are on a four-game winless streak.

Our first prediction is that Werder Bremen will win this game – the odd for this tip will be at 2.37 odd. This is after considering the host are unbeaten in their last three game. Also, Mainz are struggling to win this season.

Moreover, our next tip for this game is that Over 2.5 goals – at 1.72 odd. Most recently, the host won their home match by scoring five goals. Do note that their recent form is very bright. It is important to understand that this is a completely different Mainz side since the last few seasons.