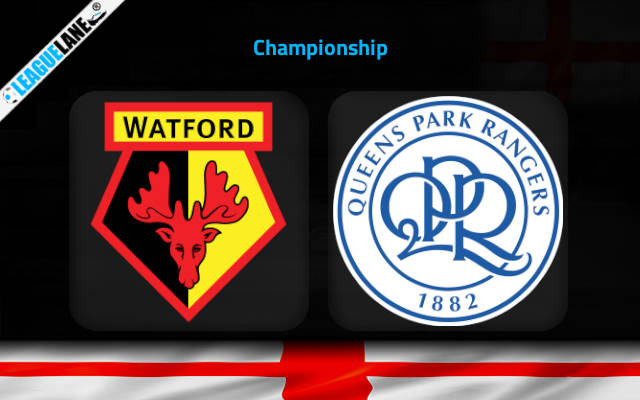 Watford and QPR will clash at the Vicarage Road this Saturday, in an early kick-off. The host are currently unbeaten in the Championship and manager Rob Edwards will look to win this fixture in front of the home crowd.

Last season Watford got relegated from the top flight, losing an embarrassing 27 of the 38 games. This led to the club sacking Roy Hodgson who could only manage an 11.1% winning rate.

Meanwhile, QPR are struggling in the Championship early in this season – winning only one of their last five outings. Earlier this month, QPR got knocked out by Charlton in the first round of the EFL Cup.

It is worth knowing that QPR has failed to qualify for the top flight in England for the past eight years. This is not the case for the host, who featured in the top flight last season.

In this upcoming fixture, we can expect Rob Edwards’s side to play an attacking game. With the likes of Rey Manaj, Ismaila Sarr, and Joao Pedro in the starting eleven and goals can be expected.

The Hornets’ unbeaten streak will most likely continue in this game as well.

It is interesting to note that in the EFL Championship this season QPR won the same amount of points as the number of games they have played.

In the EFL Championship, the Hornets are unbeaten in their last five matches.

Rob Edwards’s side has shown their defensive capability this season with the goal conceding rate at 0.40 goals per game.

On the other hand, QPR’s defence has been weak, conceding seven goals in their last five games. By the looks of things, we predict Watford to comfortably win this fixture.

Our next tip in this game will be that Both teams to score at 2.00 odd, since QPR is on a goal rate of 1.20 per game while the host has scored four goals so far.