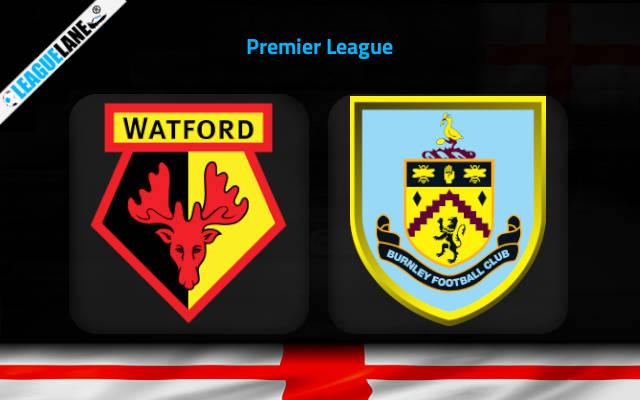 Realizing the danger they are in Burnley have improved their form impressively. They have posted quite a number of points on the board from the last few weeks and importantly they have created quite a momentum as well.

Still they are just placed 17th in a table of 20 and are hanging by a thread over the relegation cut off. They have a surplus of just two points over the cut-off and it also needs to be mentioned that they have played an extra game.

As such it goes without saying that they are desperate to keep going. It would be unimaginable for them to get relegated.

in the meantime Watford are placed 19th in the table of 20 and are universally recognized as one of the worst teams in the competition. They are on a long losing streak and are letting in goals in huge numbers.

As things stand they need a surplus of 10 points to mark themselves safe and they have a total of just five games remaining to do that.

This desperation is not at all good for the team and would force them to forget defense and go after the three points. The in-form Burnley will be determined to take advantage of this.

As such expect a win for them this Saturday.

Watford lost quite heavily on the road the last matchday against Manchester City. They had let in a total of five goals in the process.

Going on they are on a four-game losing streak and they had also remained winless in eight of their past nine fixtures.

On the other hand, Burnley registered a 1-0 win at home the past game week against Wolves. They are also on a 2-game winning streak and they had remained invincible in four of their past five fixtures.

In addition they have a good h2h record in recent years as well.

Taking into account these observations expect a win for Burnley this weekend. Moreover, considering the defensive weaknesses of Watford expect goals in huge numbers too.

Tips for Watford vs Burnley