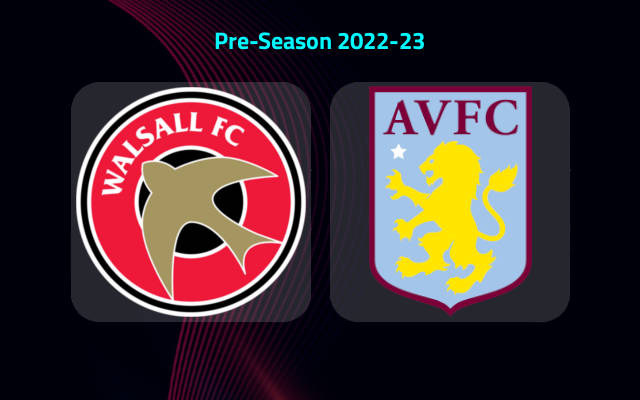 Walsall are from the 4th tier of English Football, the League Two. And even there they did not have a great campaign the last season.

After all the effort they had put in during the course of the campaign, they were able to only finish 16th in the table. They had scored a total of just 47 goals from their 46 fixtures, and they had let in a total of 60 goals in the process as well.

Meanwhile, Aston Villa are from the English top flight, which is arguably the best league in the whole of Europe. Their final position was 14th in a table of 20, but it does not at all paint a clear picture about the team.

While Aston had begun their previous campaign on disastrous note, they had managed to turn it around, towards the end of the campaign. And under the guidance of Steven Gerrard they are targeting a far better campaign this time around.

By the looks of things, expect a victory for Aston Villa this Saturday.

Walsall were winless in 7 of their past 9 overall fixtures and they had even gone on a 3-game losing streak in the process. Do also note that they had let in 2 or more goals in 4 of their past 8 games.

On the other hand, Aston Villa were unbeaten in 5 of their past 7 overall fixtures, and their 2 defeats during this stretch had come against Manchester City and Liverpool.

Considering these observations, as well as the head-to-head superiority of Aston Villa, expect a win for them this weekend.

Tips for Walsall vs Aston Villa