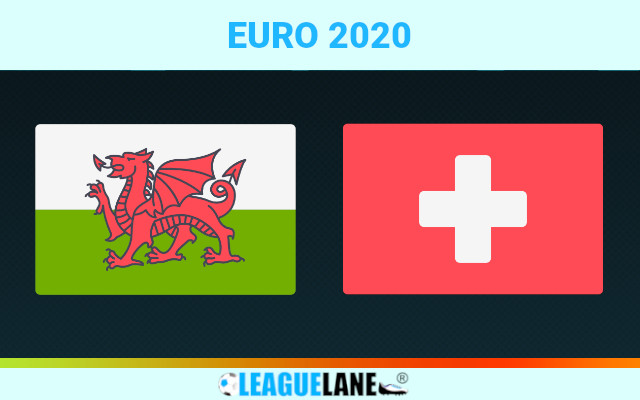 Wales take on Switzerland in the second Group A game at the Euro 2020 at the Olympic Stadium in Baku.

Making their debut in Euro 2016, Wales were impressive and made it to the semifinals only to be denied by eventual title winners Portugal. They went on a rollercoaster ride since, failing to qualify for World Cup 2018 before Bales and co firing the team back to the Euros by finishing second in a qualifying group behind Croatia in 2019.

Switzerland on the other hand qualified for the competition in stunning style finishing top of their group ahead of Denmark. This will be their 5th overall appearance in the competition and the only time they managed to get out of the group phase was in 2016, eventually dumped out by Portugal in the penalties. They also reached the round of 16 at World Cup 2018 before the exit ticket was handed by Sweden.

Wales come to this competition on the back of some decent form. The year 2020 has been exceptional as they nicked 5 wins from 8 matches alongside 2 draws and a defeat to England.

The year 2021 didn’t start off well as they lost 3-1 to Belgium, however they were quick to respond by winning back-to-back games against Mexico and Czech Republic.

The Euro 2020 friendlies are a forgettable one for Rob Paige and his men as the team failed to score in both friendlies (0-3 vs France and (0-0) vs Albania.

To sum up, Wales managed to remain unbeaten against teams sitting outside the top 5 in FIFA ranking since 2020. As you can see, France, England and Belgium are the only teams to have won against them in a span of 13 games.

Meanwhile Switzerland won each of their last 6 games and most recently 2-1 vs USA and 7-0 vs Liechtenstein. However, none of them were strong opponents except a 3-0 win against Ukraine in 2020.

Since earning qualification to Euros in 2019, the Swiss failed to win 7 games in 2020. Yet, they bagged some decent results by holding Germany to draw twice and Spain.

Aaron Ramsey and Joe Allen are both fit to start, but the latter is expected to make way for the impressive Joe Morrell at the center of the park.

It will be interesting to see if Rob Page continue to use
Liverpool midfielder Harry Wilson as a false-9 leaving out both regular strikers Tyler Roberts and Kieffer Moore on the bench.

No major tweaks are expected from Vladimir Petkovic with the whole squad fit and ready to have a go.

It will be a familiar 3-4-1-2 formation, interesting to see whether Shaqiri operates from the wing or center to support the two strikers.

Switzerland have won 3 of the 4 meetings against Wales in recent times.

The most recent one was won by the Welsh 2-0, happened to be in the qualifying campaign for Euro in 2011. Both Ramsey and Bale were on the scoresheet on that occasion.

The most common score-line is 2-0, that occurred three times.

Switzerland is everyone’s favourite to win here and the correct full-time score 1-0 popped up in most corners. This can happen if both teams decide to sit back and defend for 90 minutes and sadly this is not how they play.

Contrary to popular opinions, goals will be there as well with Switzerland conceding in 16 of the last 17 games played outside their home soil. Wales too, concede a lot while playing outside their home, unless otherwise the opposition is a lower ranked nation.

Anyway, to remain on the safe side, I pick the over 1.5 goals full-time as my top pick and this is worth backing with medium stakes with the odds priced at 1.64 odd.

For small stakes I will take the full-time draw or correct score 1-1 since I see every chance for this game to end in a stalemate.