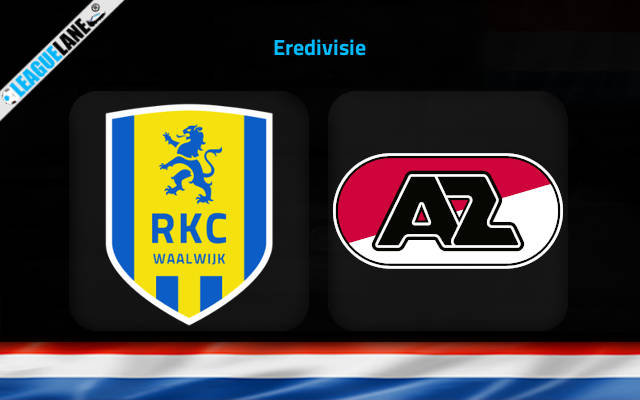 RKC Waalwijk had a bumpy ride in the Eredivisie towards the end of last season campaign. Aiming to come out of that bad form, they will lock horns with the last term third-placed side, AZ Alkmaar on Saturday in the opening match of Netherlands Eredivisie 2021/22 season.

The host had only one win in their last seven matches in the league last season. They will come into the game after suffering a 3-0 loss on the road against Feyenoord last time out in the campaign. The host hasn’t appeared in any major competition since May 2021 in their schedule.

On the other hand, AZ Alkmaar has been unbeaten in their last four fixtures with a draw in it. The visitor has managed to keep a clean sheet in their recent three attempts in the league. They will visit on the back of a 5-0 win at home against the likes of Heracles in the previous encounter.

With the second runners-up of last season on one end, there is no doubt that the match is sizing to be a high-scoring affair in ninety minutes. Thus, the tip for over 2.5 goals will probably come in handy.

The host has lost their last six h2h clashes with AZ in the league since 2013.

Furthermore, the away team has a better squad strength than the host. Besides, RKC has a poor form in the campaign which will hold them in using the ground advantage.

Hence, the visitor is likely to have an edge in the encounter over the home team.