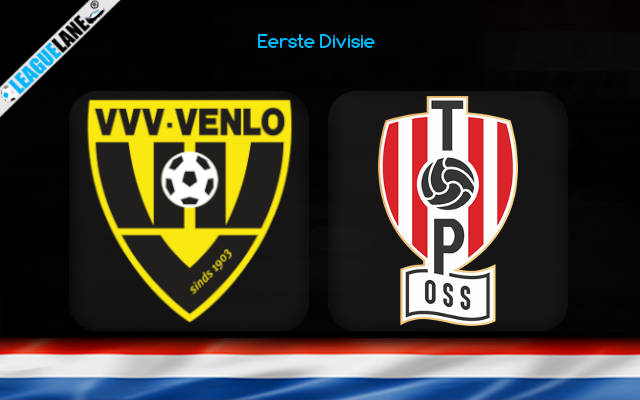 TOP Oss will travel to the German border as they take on VVV Venlo at De Koel. Read our Preview, Predictions, and Betting Tips with Analysis here.

VVV-Venlo were relegated to the Eerste Divisie after they finished 17th in the Eredivisie last season. In a shocking manner not only has the side failed to challenge for promotion this time around but they have not come anywhere close to it.

Following a top half finish in the second division last season, TOP Oss is now found at the depths of the Eerste divisie.

The Good Old started off the season fairly well winning half of their opening 10 league games. They followed it up with a 5 match losing streak that killed any momentum they had. With just a loss since they are 11th in the league.

TOP had an impressive start to the season as they won 3 of the 4 first 4 league matches. Things have gone horribly wrong for the side as they are yet to win a game since  and have taken just 6 points through draws from those fixtures. They will head into the fixture with 3 consecutive draws and as the team in 19th position.

The visitors have 2 draws and 7 losses in their last 9 league fixtures on the road. They are unlikely to challenge for points against a side that took 7 points in their preceding 4 league games.

Oss has scored just 6 goals in their last 9 league fixtures on the road. With the host registering clean sheets in 3 consecutive wins at home backing them to repeat the feat might not be a bad option.