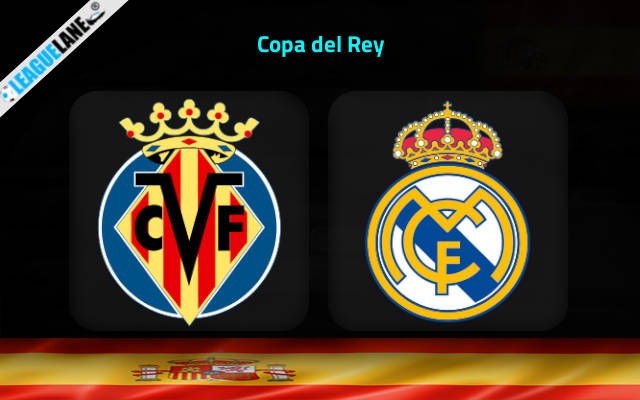 Villarreal and Real Madrid will lock horns in the last and the most exciting R16 clashes in Copa del Rey on Thursday evening at Estadio de la Ceramica.

Villarreal have already significantly halted Real Madrid’s title-defense push in the Spanish La Liga by beating them twelve days ago 2-1 at this very venue. Can they terminate Los Blancos’ cup run as well in January?

Neither of the two teams will enter this game in high spirits, though. Villarreal were were brutally outplayed by Celta Vigo in a 1-1 draw. lucky to get away with a point from Abanca-Balaidos on Friday evening when they

El Submarino Amarillo did nothing to threaten Celta in the final third on the occasion. Interestingly, such a weak performance happened just after a streak of four successive wins in all competitions, including the mentioned success against Madrid on January 7th.

Real Madrid, on the other side, produced two weak performances in Spanish Super Cup on Arabian soil.

Carlo Ancelotti’s men went past Valencia on penalties after a 1-1 draw in the semifinal, before falling 1-3 to bitter rivals Barcelona in the Spanish Super Cup final on Sunday.

The Italian manager can thus be worried about his team’s defensive showings in the recent fixtures as Real Madrid allowed six goals in the previous three outings.

On the other side, we have to say that Villarreal are very difficult to beat at Estadio de la Ceramica where they won five, drew one, and lost one of seven matches this term.

Real Madrid did not shine at all in the recent games. They allowed six goals in the last three matches across competitions, including three in the weekend’s loss to Barcelona in the Spanish Super Cup final.

Our main punt is Villarreal to Win & Both Teams To Score bet priced at 5.00 odds. We will also back Gerard Moreno to score the first goal in the game at the 6.50 odds knowing the Spanish forward was on target in the last two appearances for El Submarino Amarillo.