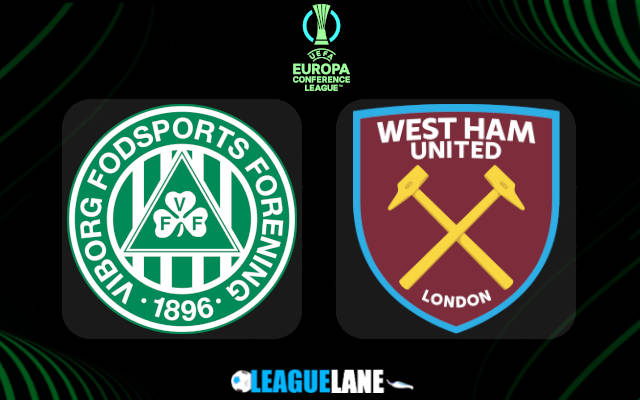 Viborg are a team that had to settle for a mid-table finish the last season in the Danish top flight. Meanwhile West Ham are perennial contenders to secure a top-7 finish in what is arguably the toughest league in the whole of Europe – the EPL.

The Hammers had finished 7th in the English top flight the last season and in the process they managed to stay above previous champions – Leicester.

It is true that they have not had a great start to their new season. But fact remains that they a vastly experienced team and they regularly take on some of the absolute best teams in the whole world.

On top of that, they also had registered a dominant 3-1 win in the first leg and thus they have a two-goal lead in aggregate, going into the second leg.

Viborg, who are on a losing streak as of now, will have to find two unanswered goals in 90 minutes. Which means they will have to abandon defense and concentrate almost solely on offense.

The experienced and determined front line of the Hammers will consider this an opportunity and will likely register one more win this Thursday.

Viborg are on a 2-fixture losing streak and they had let in a total of 4 goals in the process. They had also finished 7th in a table of 12 in the Danish top flight at the end of the regular season. And all along they had managed to register just 6 wins.

Going on, the Hammers are desperate for something positive. They have been struggling in the Premier League lately and they are in urgent need for a confidence-booster.

Qualification to the Conference League will be perfect for them at this time and especially for their fans.

Count on them to deliver a great performance this Thursday and deliver another victory.

Tips for Viborg vs West Ham