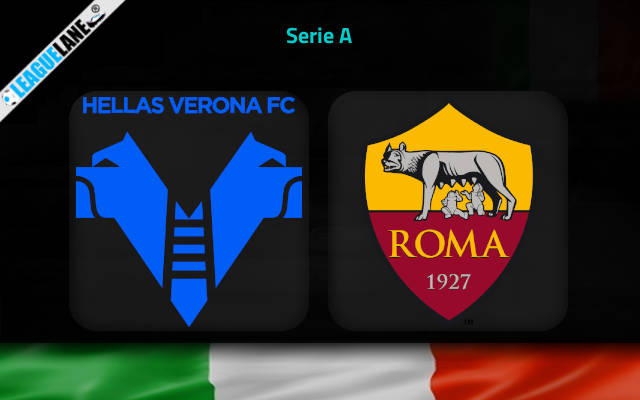 Verona will be hoping to arrest their slump in form on Monday afternoon when they host Roma in Matchday No 12 in Serie A.

I Gialloblu suffered their sixth consecutive defeat last weekend when they fell 2-1 away at Sassuolo despite getting an early goal on the occasion.

Interestingly, it was their fourth straight defeat with an identical scoreline (1-2). Verona shipped two goals in each of the mentioned six losses.

The team’s board made the necessary managerial change earlier this month when they fired Gabriele Cioffi but the appointment of Salvatore Boccheti did little to shift their fortunes round.

Boccheti started with two losses in two games and he will face a big challenge in an attempt to prevent the third here when he comes face to face with Jose Mourinho and his Roma.

The visitors will be looking to rebound from the recent defeat to Napoli. It was a match in which Roma looked dreadful from start to end. La Lupa did not create anything in the final third on the occasion.

However, Jose Mourinho’s men are still close to the top of the standings. They are fifth currently with just two points between them and Lazio in third.

Verona are not pulling up any trees this season and we can hardly back anything but Roma’s win here knowing that the hosts have lost six games on the spin in the league.

Since three of Roma’s last five matches ended with fewer than two goals scored, we will back Roma to win & Under 2.5 goals FT bet at the odds of 4.33. You can also go with Roma to win 0-1 as the correct score prediction at the 7.50 odds.