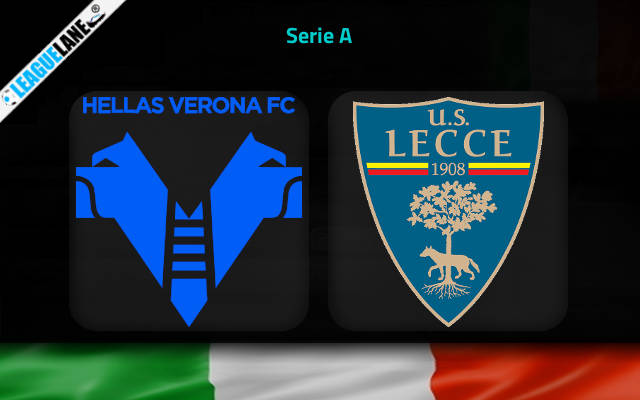 Verona began their comeback after a horrendous first half of the season by claiming four out of six possible points in the matches against Torino and Cremonese at the start of 2023.

They were powerless in the last weekend’s narrow 1-0 loss to Inter Milan at Stadio Giuseppe Meazza.

Nonetheless, new manager Marco Zaffaroni still has plenty of reasons to be satisfied with the job he has done during a short spell at Stadio Marc’Antonio Bentegodi.

Zaffaroni can be especially thrilled with his team’s defensive performances. Verona allowed only two goals in three league games this month despite facing Torino and Inter Milan on the road in the process.

However, Zaffaroni still has a mountain to climb to take this team into the safe waters. Verona are third from bottom in the Serioe A standings, trailing seven points to 17th-placed Sassuolo at the moment.

They will be desperate to clinch another three-pointer on Saturday afternoon when bottom-half Lecce come to visit Stadio Marc’Antonio Bentegodi in the first match of Gameweek No 19.

Beating Lecce will represent quite a big challenge for the hosts, though. Marco Baroni’s troops are enjoying a phenomenal spell of form these days.

The visitors are unbeaten in six straight league games, a streak that includes three wins as well as a 2-2 stalemate to AC Milan seven days ago.

This is a huge game for Verona and we expect their manager to use a rather more conservative and defensive-minded approach once again. Considering tradition as well as Verona’s immense motivation, we do believe the hosts will find what it takes to claim the spoils on Saturday.

The main pick is Verona to win at the 2.40 odds. You can also combine it with the Under 2.5 goals bet but since we don’t like the odds, we will rather just go for the 1-0 correct score pick at 7.00.