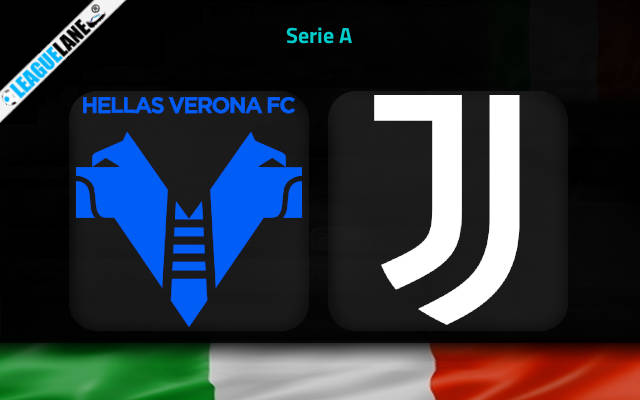 Verona are easily the worst team in the Italian top flight this season, and deservedly are placed bottom-most in the table. They are on a long losing streak at the moment, and they stand no chance at all against former champions Juventus.

The Old Lady might not be their past dominant selves, but they still are one of the best in Italy. They are placed fifth in the table at the moment, and they surely are going after a top-four spot.

They need a surplus of just two points to climb level with the fourth-placed squad, and it is to be noted that they are the only team in the competition along with Napoli to have won the last four games in a row.

It also requires mentioning that they conceded the least number of goals of all the teams in the league, and of their total two losses away from home, one came against AC Milan.

Meanwhile, Verona are the only team in the league to have lost the last five matches in a row, and they have a 100% winless record barring a single victory.

This sole win came against the 19th placed Sampdoria, and disregarding two other draws, they have a 100% losing record as well.

And as one would expect they have a poor h2h record against this rival over the years.

Taking into account all these observations, expect a win for Juventus this Thursday.

Verona are on a perfect losing streak that stretches back to the first week of September, and they let in two or more goals in every single one of these games.

Do also note that the last they kept a clean sheet at home was back in April.

On the other hand, Juve have a winning record in the league in the past two months, barring their match-up against champions AC Milan.

They also scored goals in huge numbers along the way, and most importantly they have a dominant h2h record against this rival over the years.

By the looks of things, expect a win for Juventus this Thursday. Count on their in-form defense to keep a clean sheet as well.

Tips for Verona vs Juventus