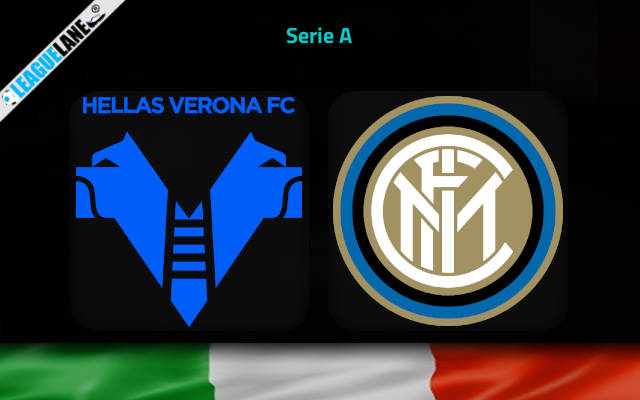 The champions got off to a flying start to the new Serie A campaign by thrashing Genoa 4-0 at the San Siro. Can Inter Milan back it up and maintain the perfect record after the first away fixture of the season on Friday night when they take on Hellas Verona?

Inter Milan have gone through a difficult summer packed with high-profile departures of Antonio Conte, Romelu Lukaku, and Achraf Hakimi (among others).

The cost-cutting measures, however, did not result in an opening day slump by any means as I Nerazzurri demolished Genoa 4-0 in front of the home crowd at the San Siro.

The new manager Simone Inzaghi will fancy his team’s chances in the second round as Inter Milan are set to battle the likes of Hellas Verona on Friday.

The hosts made an odd decision to replace the overachieving Croatian manager Ivan Juric with Eusebio Di Francesco.

The former Roma player and manager had a disastrous campaign with Cagliari who mounted an extraordinary revival once he had departed in the most important moments of the last season.

Di Francesco had only a 26% win rate with Sampdoria and the percentage even went down to 19% during his spell at Cagliari last term.

Di Francesco’s Verona adventure began with a 2-3 home defeat to Sassuolo. While the loss had much to do with the Miguel Veloso exclusion at the death of the first half, Verona’s back line still looked way too vulnerable, allowing Sassuolo as many as eight shots on target on the occasion.

Everything points towards an easy and straightforward affair for the reigning champions and we can’t predict anything other but such a scenario here. Inter’s win is a genuine banker at the odds of 1.57.

We will be braver and go for the visitors to triumph by two or more goals difference at more attractive 2.40 odds. Edin Dzeko, who bagged a goal in each of his two Inter appearances (warm-up against Dynamo Kyiv and last weekend’s league opener against Genoa), is 1.83 to score anytime past the leaky defense of Verona’s here.