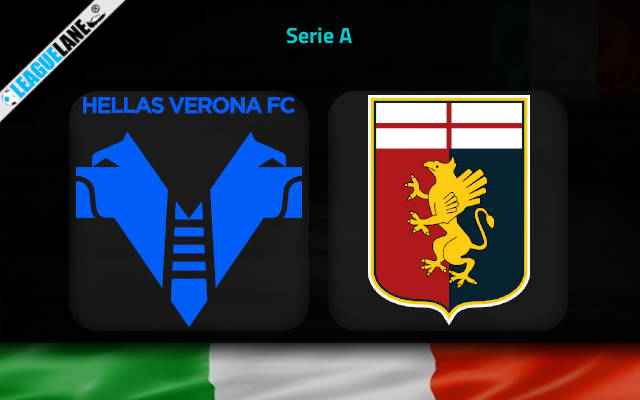 Genoa are one of the absolute worst teams in the competition, and deservedly are placed in the bottom-most tier. In fact, they are placed 19th in a table of 20, and are one of the prime contenders to get relegated at the end of the campaign.

They have struggled to find the back of the net all through the campaign, and have also won just twice in this edition of the Serie A.

It goes without saying that they are under pressure to improve their form and get atop the relegation cut-off. But this desperation could adversely affect them.

Meanwhile, Verona are comfortably placed in the mid-table. They are safe from the relegation threat, and they have an outside chance of securing a top-six finish. And since they have nothing to lose, the team will surely go after this objective.

This Monday, they are certainly going after a big win at their home, against the struggling Genoa.

Verona recorded a 1-1 draw the last match-day on the road, against Empoli. They were unbeaten in seven of their past nine fixtures, and they had also won three of their former four appearances at home.

Note that they had also scored three or more goals in two of their past three home games.

On the other hand, Genoa did win 1-0 at home the past match-day, against Torino. But they were on a 13-fixture winless run before that, and they were also winless in 22 of their past 24 overall games.

Moreover, the last they recorded a win on the road was in September of 2021, and before that in May.

Considering these observations, expect a win for Verona this Monday at their home. Do also anticipate goals in plenty, owing to the poor defense of the guests.

Tips for Verona vs Genoa