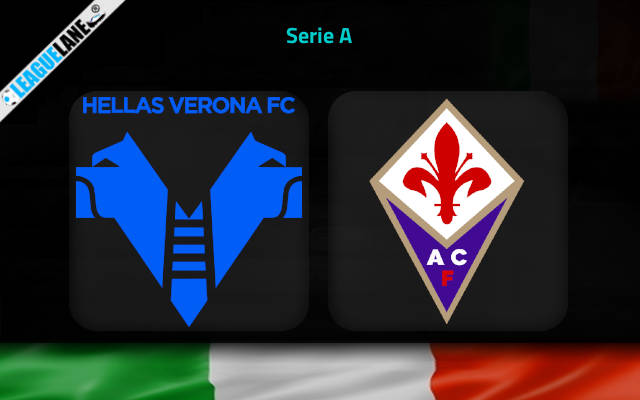 Following a bottom half of the table finish last season, Fiorentina are pushing for one of the UEFA competition spots this time around.

Winless in 2 games, Verona find themselves in the 2nd half of the table, with relegation far away from their sight.

These two teams are set to battle it out for 3 points in a Serie A fixture at the Stadio Marc’Antonio Bentegodi this Wednesday evening.

Mastini started the season with 3 consecutive losses. With just a loss in the following 10 league fixtures, things looked good for the side. However, with just a win and 3 losses in their last 5 fixtures, the club is 13th in the league table, 13 points clear of the drop zone.

ACF Fiorentina meanwhile did not register a draw this season until the last matchday. Following a distribution of 7 wins and 7 losses in the opening 14 league matches, the club is undefeated since. With 10 points from their last 4 league fixtures the side is 6th in the league table, level on points with Roma and Juventus who are ahead and behind the side respectively on goal difference.

Dusan Vlahovic has emerged as the star striker in Serie A following the departure of Lukaku and Ronaldo last summer. The Serbian forward with 16 goals is the league’s top scorer. It would be a surprise if the 21 year-old fails to score against the side that has conceded the second most goals by any team outside the relegation zone.

While 3 men were sent off in Verona’s last 4 fixtures, Fiorentina players have already received 5 red cards this season. Do not rule out a red card in this fixture. Hence I have backed the outcome currently priced at the odds of 4.00.