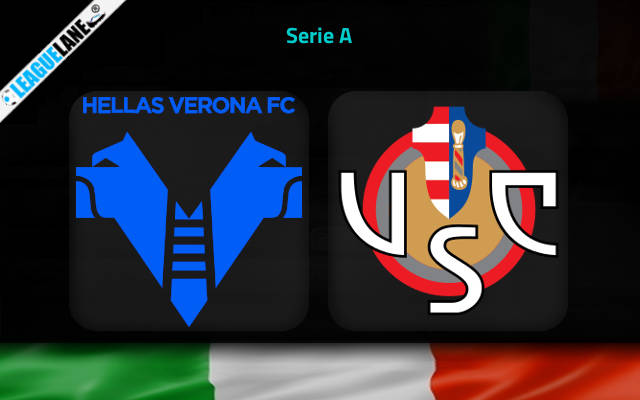 Verona vs Cremonese Predictions and Free Tips from our expert tipsters when the teams go head-to-head in Italian Serie A on Monday, 9 January 2023.

Verona are currently placed dead last in the Italian league table, and are the prime contender to get relegated at the end of the campaign. They have let in the most number of goals of all the teams in the competition, and have a single win to their name.

Meanwhile, Cremonese are placed just above them at the 19th spot. They are the only team yet to register a win this season in the Serie A, and barring just four draws, they have a 100% losing record on the road.

Goals have always come in plenty whenever these two teams locked horns. Defense has been an issue for either of these squads over the years. In fact, since 2007, only one h2h meeting between the two squads failed to have goals from both teams.

Moreover, not once have Cremonese kept a clean sheet at this stadium over the course of the past three decades.

Who will win the match between Verona and Cremonese?

The two teams have played a combined 32 fixtures so far, and they have been able to register just a single win in total. It is going to be hard to pick a winner between these two squads. Both are equally weak.

Now this is where the money lies. It goes without saying that the two teams are desperate. They are placed in the bottom-most two positions in the table, and are in urgent need for points.

The teams will target each other, and chances are high that we will witness a high-scoring affair.

Once again recent form suggests that we will see goals coming from either end of the pitch. These two teams could be classified as having the two worst defenses in the entire league.

The Over 2.5 Match Goals placed at 2.00 odd is a great pick for this upcoming match-up between two defensively weak, desperate teams.

And along that same note, the Both Teams to Score placed at 1.75 odd is going to be a logical second tip this Monday at the Stadio Marc’Antonio Bentegodi.