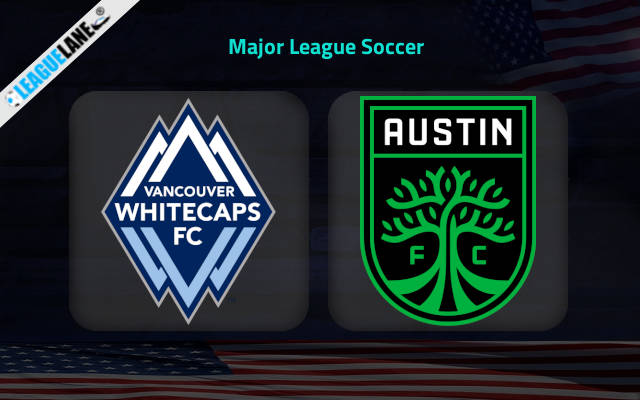 The Whitecaps have been on a tear recently with 3 straight wins, one of which included beating Austin at their home in the Q2 arena. An own goal and 3 second-half goals saw them put away Real Salt lake city 4-1 at home. This extended their unbeaten home run to 5 matches.

Vancouver will be trying to break into the playoff brackets of the Western Conference. Seeing as only four teams have ins in the double digits, this will not be very hard if they maintain their current form

The Texan side on the other hand has been struggling recently having registered 7 losses in 9 matches. A winless streak of 7 matches(5L,2D) will have them convinced that a draw is the best they can muster at BC Place this weekend.

Things are looking grim for the recently established Austin side as they have not been able to find the back of the net in 5 of their last 6 away games.

We expect a one-sided fight this Sunday with Vancouver most likely climbing up the ladder in the Western Conference.

Vancouver needed a hard-fought comeback win to rout Austin at home last month. However, we suspect things are going to be easier this time based on the recent form of both teams.

Christian Dajome has been exceptional for the Canadian side this year, leading his team in both goals and assists with a tally of 8 and 5 respectively. He’s likely to contribute to a goal this weekend as well

Austin has not scored in 5 of their last six away matches, but Vancouver has conceded in 7 of their previous 9 matches. Considering the scoreline of their previous head to head (2-1) we again expect both teams to score.

The predicted scoreline is 3-1 in the favour of the Whitecaps with Dajome scoring at least 1 goal.