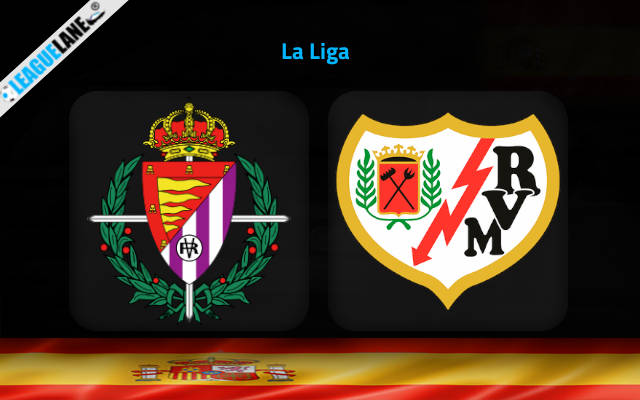 Real Valladolid vs Rayo Vallecano Predictions and Free Tips from our expert tipsters when the teams go head-to-head in Spanish La Liga on Saturday, 14 January 2023.

Vallecano have fallen slightly out of form lately, and as a result their objective of breaking into the top-six is affected. But the two teams placed just above them – Athletic Bilbao and Osasuna, have tough games coming up. This could be an opportunity to make amends, and go after the top-six once again.

It helps their cause that they are pitted against the struggling Valladolid. This team is on a three-game losing streak in the league, and have a surplus of just two points over the relegation cut-off.

Vallecano have lost just once against this opponent in the past six years. And at this venue, they have been unbeaten since 2017, while the last they failed to find the back of the net at this ground was ten years back.

Who will win the match between Real Valladolid and Rayo Vallecano?

Vallecano have the better h2h record against this opponent over the years, and they have also been in better form comparatively this season. It is true that they are not in the best of shapes at the moment – but do note that they were on an unbeaten run before the World Cup break.

All they need is a confidence-boosting win to get back into their groove. And fans hope that they can do that against Valladolid, whose last league win came back in the first week of November, against the 20th placed Elche.

The last Valladolid kept a clean sheet was back in October, and the last they managed to do so in an h2h encounter was back in 2016. Vallecano will be eager to make good use of this struggling defense of the hosts. Expect a rather high-scoring thriller this weekend.

Vallecano might have the upper hand this Saturday. But do note that they let in two or more goals in their last three fixtures in a row. In fact, they have just two clean sheets on the road since August.

Chances are high that the hosts will find the back of the net at least once this game week.

Valladolid are on a long losing streak at the moment, and to make matters worse, they have an inferior h2h record against this rival. Meanwhile, Vallecano have lost just once in the La Liga since October, and are gearing up to go after a top-six spot.

Coming to goals though, Rayo are not having a great time with their defense. The desperate Valladolid are expected to give them quite some trouble in that regards, and chances are high that the fixture will churn out goals in goals in huge numbers.