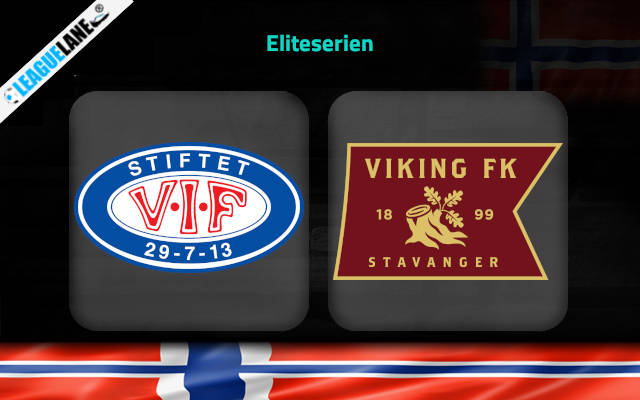 Viking are placed 3rd in the table as of now and they have been one of the very best in the Norwegian top flight all through this year. Meanwhile, Vaalerenga are trying to stay above the relegation cut-off and so far they have been unable to deliver some impressive performances this season in the league.

Going on, only 3 other teams have scored more goals than Viking in the whole competition and particularly on the road they have been defeated just thrice in total. They have found the back of the net in plenty in the process and as a result have built quite some momentum as well.

Meanwhile, most of the recent games of Valerenga have finished in losses for them and in the process they have been letting in goals in huge numbers as well.

Do also note that they have been on a poor stretch of performances at home for quite some time now. In fact, seldom have they won at this ground in the past several games.

Going on, they also have a poor head-to-head record against this opponent over the years, and judging all these observations it is expected that we are about to witness a victory for Viking this Sunday.

Valerenga were winless in 6 of their past 9 overall games, and in the process they had gone on  2-fixture as well as 3-match losing streaks. Do also not that they were winless in 7 of their previous 10 appearances at home and they had lost 3 of their last 4 games here.

On the other hand, Viking were unbeaten in 12 of their former 15 overall matches and in the process they had gone on 2 separate two-fixture winning streaks, and a 3 game-winning stretch as well.

Do also take into account the fact that they have lost a total of just 4 times away from home in the past one year.

Taking into account these observations anticipate a victory for Viking this Sunday.

Tips for Valerenga vs Viking