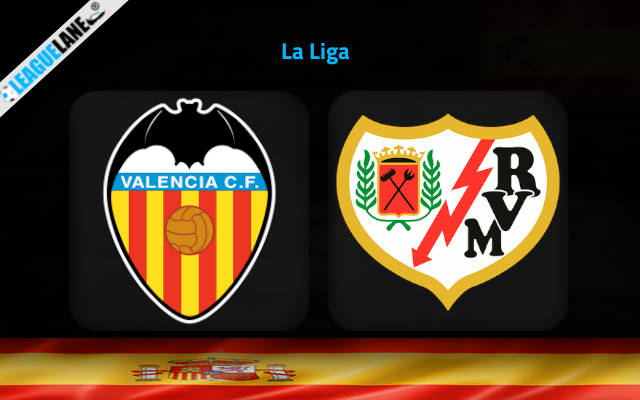 Contrary to usual, Vallecano have been one of the best teams in the La Liga this season, while Valencia have been going through a poor stretch of performances almost for the entirety of the campaign.

In fact, Vallecano have lost seldom this season in the La Liga, and these rare losses have come against some of the top-performing sides in the league. Whereas their counterparts for the day have not been able to deliver decent performances even at home.

By the looks of things, expect a win for Rayo this Saturday at the Mestalla.

Valencia were held to a goalless draw the last match-day by Sociedad. They were also winless in nine of their past ten games, and they had conceded two or more goals in three of their former five appearances at home.

In fact, such has been their struggles in the 2021-22 edition of the La Liga, that they have managed to record a total of just four wins – and that too after one-third of the league has already been over.

On the other hand, Vallecano recorded a 3-1 win at home the past game week, against Mallorca. They were also unbeaten in nine of their preceding twelve fixtures, and had scored in plenty all through these games.

As such, expect them to have the upper hand this weekend, against the struggling Valencia.

However, due to the issues in defense for Vallecano on the road, a clean sheets seems improbable. Likely, a goal-fest is expected.

Tips for Valencia vs Rayo Vallecano