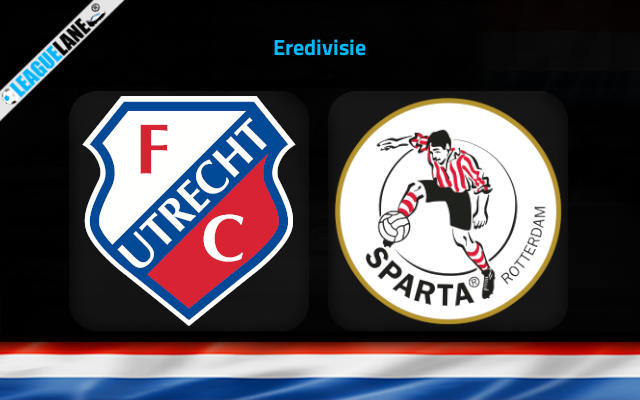 Utrecht will be looking to make a bright start to the new Eredivisie campaign on Sunday afternoon when they take on Sparta Rotterdam at Stadion Galgenwaard.

Both Utrecht and Sparta Rotterdam finished the previous term of the Eredivisie inside the top-eight teams in the standings, thus earning the right to feature the post-season playoffs for the UEFA Europa Conference League.

Out of four teams, Feyenoord got the right to represent their country in the newly-formed continental competition after beating both Sparta Rotterdam and Utrecht in the process.

While Utrecht had a pretty much standard season, Sparta’s top-half finish came as a surprise.

The visitors will begin the new campaign with even higher ambitions having done a fantastic job in the summer transfer window by signing Vito van Crooij from VVV Venlo.

The 25-year-old winger bagged a brace in a 3-0 victory over Excelsior in Sparta’s final pre-season friendly last weekend.

Fantastic forward Lennart Thy is still there and we expect to see him in the starting line-up here against Utrecht.

The hosts also kept most of the last season’s squad, including their key man at the center of the park, Sander van de Streek.

They also had a strong pre-season run dominated by impressive high-scoring showings in the victories over German outfits Bayer Leverkusen (5-1) and Bochum (2-0).

The bookmakers see Utrecht as pretty clear favorites here, pricing them at 1.55 to clinch the spoils at the start of the new season.

We can hardly find any value there regardless of the aforementioned head to head tradition because Lennart Thy, Vito van Crooij, and company in Sparta’s shirt will definitely have something to say.

We’ll back the visitors to avoid a defeat at Stadion Galgenwaard at the odds of 2.37, while you can alternatively take the 1.66 odds offered for goals at both ends.