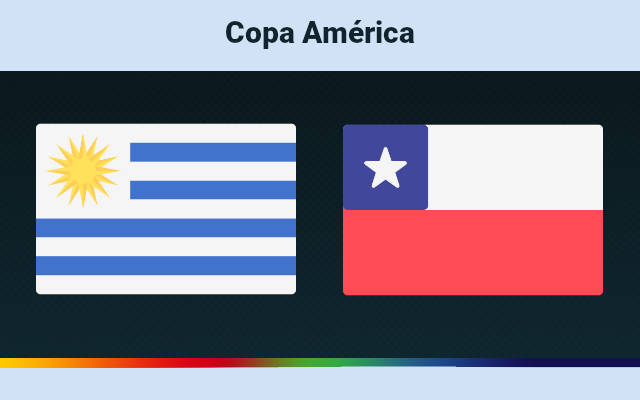 Uruguay started their Copa America 2019 with a narrow 1-0 loss to Argentina and they are in for another difficult test against Chile on Monday.

Real Betis defender Guido Rodriguez scored the only goal for Argentina against Uruguay and it was deemed enough at the end. While we neutrals were expecting a fairly open contest, it was surprisingly opposite with both teams careful in possession and in the end it turned out to be a match of few chances.

Argentina did have the best of the few while Uruguay had nothing that could test the gloves of Emiliano Martinez.

They will start Monday’s game with zero points while Chile defeated Bolivia by solitary goal from Ben Brereton to start the match as joint group leaders having held Albiceleste to a draw in their group opener.

Despite the narrow 1-0 scoreline, Chile had plenty of chances and could have scored 4 or 5 in the first half itself.

Eduardo Vargas was at fault most of the time, his attacking partners Jean Meneses and Ben Brereton all looked to score by themselves when the best option was to play it to a player to shoot at an open goal.

Bolivia could have been punished and snatched a point, but Claudio Bravo and vital blocks from defenders came to the rescue in the end.

Uruguay won 2-1 when the teams met in the World Cup qualification fixture in October 2020.

There are no draws in their last 10 head-to-head meetings across various competitions. The teams share 5 wins each in the period.

The teams met during the Copa America 2019 as well as in the quarter finals of 2015. Both games saw 1-0 scoreline at full-time, Uruguay winning the latest while Chile progressed to the semifinal in the previous.

The 1-0 defeat to Argentina once again highlights Uruguay’s problems in the attacking third, which we thought will be fixed by the return of Edinson Cavani.

The team have now failed to score in 4 consecutive games, this includes goal-less draws against moderate South American teams Venezuela and Paraguay.

Moreover, they have managed to win just twice since international football returned from Covid-19 break. The remaining in the series of 7 games is split across 2 draws and 3 losses.

Chile meantime continued their positive run with the win against Bolivia after the strong 1-1 draw against Argentina.

La Roja are uneaten in their last 5, though 3 of them are draws. They also scored in all 9 games since October 2020.

There is little to separate the teams on paper, but Chile are the team in form on the back of some strong results from their previous games.

However, we cannot underestimate Uruguay with all their troubles, they certainly do have an experienced coach and two world class strikers in their ranks.

Anyhow, my first pick is the under 2.5 goals since both teams consistently struggled to score goals in recent matches. Uruguay haven’t scored in their last 4, while Chile scored once in each of their last 4.