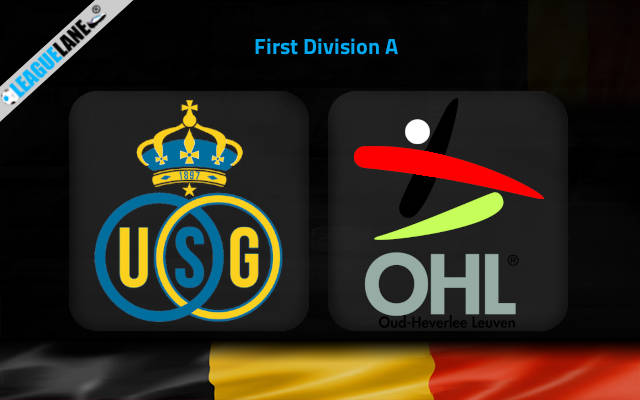 Union St. Gilloise vs Leuven Predictions and Free Tips from our expert tipsters when the teams go head-to-head in Jupiler League on Saturday, 21 January 2023.

The title race is slowly picking up pace as Union St. Gilloise have posed a new threat to Gent. In the league, they have the best winning form as they are on a four-game winning streak.

On the other hand, Leuven had to settle for a draw when they played against Eupen last time. If they wish to reach the top four, they will have to start focusing on their away games.

Union are on a two-game winning streak against this team. Both teams have met back in October and the host won that game by 3-0.

It is worth knowing that at this stadium, the visitors have performed well in the last three years.

Who will win the match between Union St. Gilloise and Leuven?

We are backing Union St. Gilloise to win this match. They have the best winning form in the league and have won the last two head-to-head matches.

At the same time, Leuven have picked up only one victory away from home since October.

This fixture has been a high-scoring one in the last two years. A minimum of three goals have been scored in the last four head-to-head matches.

We can expect both teams to score. The main reason is that the last two matches ended with nine goals combined. Moreover, both teams are in decent goal-scoring form this month.

The first tip is that Union St. Gilloise will win this game by 2-1– at 8.20 odd. They are second in the league and won the last two head-to-head matches against this team. Do note that they have scored at least two goals in their last four home victories.

Our second tip is that both teams to score– the odd for this tip will be at 1.73. At this ground, both teams have scored consistently starting from 2018. The March fixture of 2022 ended with a 4-1 score line as well.