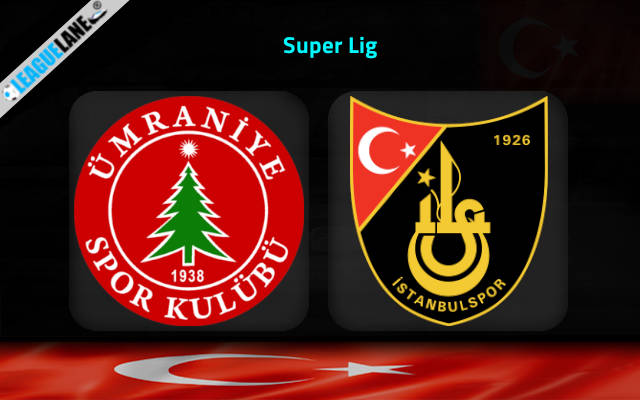 Umraniyespor vs Istanbulspor Predictions and Free Tips from our expert tipsters when the teams go head-to-head in Super Lig on Sunday, 15 January 2023.

Umraniyespor got their third win of the season as they defeated Giresunspor. Manager Recep Uçar’s first priority is to help his team leave the relegation zone. One positive news is that they are currently on a three-game unbeaten run.

On the other hand, Istanbulspor are at the bottom of the table. They held Gaziantep in a 1-1 draw last time. Their away form is fragile as they have lost their last six consecutive away games.

Who will win the match between Umraniyespor and Istanbulspor?

Umraniyespor will likely take all three points from this fixture, they are unbeaten in four of their last five outings. Also, they have picked up two wins since late December. At the same time, the visitors are at the bottom of the table and have lost all of their away trips starting from October.

The last two head-to-head matches ended with not more than two goals being scored. In the last two years, this fixture has been a low-scoring one.

Moreover, both teams scored in three of the last four head-to-head meetings at this ground. Another point to note is that, both teams have scored in their last league outing respectively.

The host have won this fixture on two of the last three occasions. Moreover, they are yet to lose a game this month. You can back the following, as our first tip for this game is that Umraniyespor will win this game – the odd for this tip will be at 1.90 odd.

Moving on, our second tip for this game is that Under 2.5 goals will be scored – at 2.10. Not more than two goals have been scored in the last two consecutive head-to-head matches between these two sides.