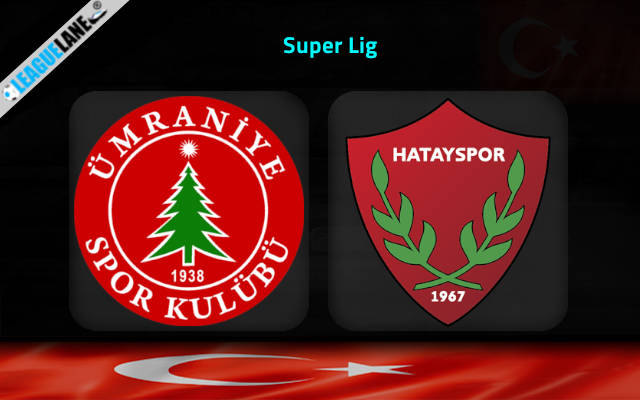 Umraniyespor vs Hatayspor Predictions and Free Tips from our expert tipsters when the teams go head-to-head in Super Lig on Tuesday, 3 January 2023.

The relegation battle is now picking up pace as Umraniyespor will play against Hatayspor for their first game of the year. Last time, the supporters celebrated as their team won their second game of the season against Ankaragucu.

Meanwhile, Hatayspor could not do much when they played against Fenerbahce. In that 4-0 defeat, only goalkeeper Erce Kardeşler performed well as he saved his team from embarrassment by stopping a record eleven shots on target.

Both teams will be meeting after a period of two years. The host are unbeaten at this stadium in the last three meetings. The visitors have celebrated only one victory against this team in the last six encounters.

Who will win the match between Umraniyespor and Hatayspor?

The second half of December has been beneficial for the host as they picked up two wins. Despite being at the bottom of the table they are unbeaten in three of their last four meetings. Not to mention that they defeated Ankaragucu last time. Therefore, it is likely that this time the host will take all three points.

It is worth knowing that the last six encounters ended with less than two goals being scored. Also at Ümraniye Hekimbaşı Şehir Stadyumu the last two matches ended in a stalemate. We can expect the same trend to occur this time as well.

The first tip is that Umraniyespor will win this game– at 2.20 odd. They are unbeaten in five of the last six outings in all competitions. Also, yhey managed to defeat Kasimpasa last month as well.

Our second tip is that Under 2.5 goals will be scored – the odd for this tip will be at 2.00. We can back this tip as both teams have scored less than two goals combined in the last five encounters.