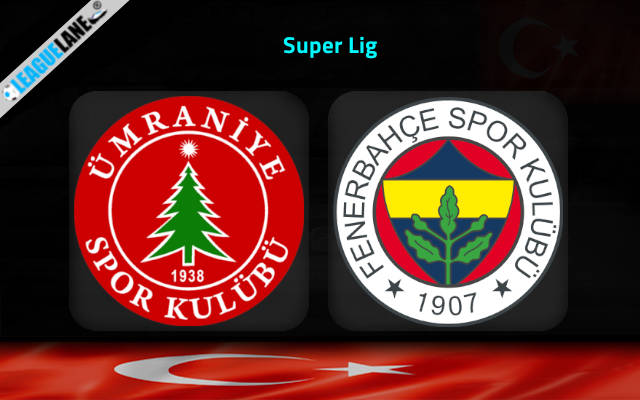 Umraniyespor vs Fenerbahce Predictions and Free Tips from our expert tipsters when the teams go head-to-head in Super Lig on Monday, 23 January 2023.

Enner Valencia scored the winning goal as Fenerbahce defeated Rizespor by 2-1 to advance to the next round of the Turkish Cup. They are second in the league and will aim for a win as they will play against Umraniyespor who are in the relegation zone.

On the other hand, Trabzonspor made a great comeback as they knocked Umraniyespor out of the Turkish Cup recently. All four goals were scored after ninety minutes. They have lost more than half of their league matches and as a result, they are at the bottom of the table.

Both teams will be playing at Ümraniye Hekimbaşı Şehir Stadyumu after a period of more than three years.

Back in August, this game ended in an exciting 3-3 draw. The host have performed well against this team as they are unbeaten in the last three encounters.

Who will win the match between Umraniyespor and Fenerbahce?

The visitors will most likely take all three points from this game. It is important to note that the host are at the foot of the table. They have won only three games till now. Another point to note is that the visitors are one of the best teams in the league this season.

The visitors have scored two goals in their last two away wins. The last meeting ended in a 3-3 scoreline. This month, both teams have scored in their league fixtures consistently. Therefore, we can expect both teams to find the back of the net this time.

Fenerbahce have scored a minimum of two goals in their last four away wins. They recently won against Gaziantep by 2-1. We can back the following, Fenerbahce will win this game by 2-1– at 8.50 odd.

Our second tip is that Both teams to score– the odd for this tip will be at 1.66. Both teams have scored six goals combined in the last meeting. With just one exception, the host have scored in their last three home matches.