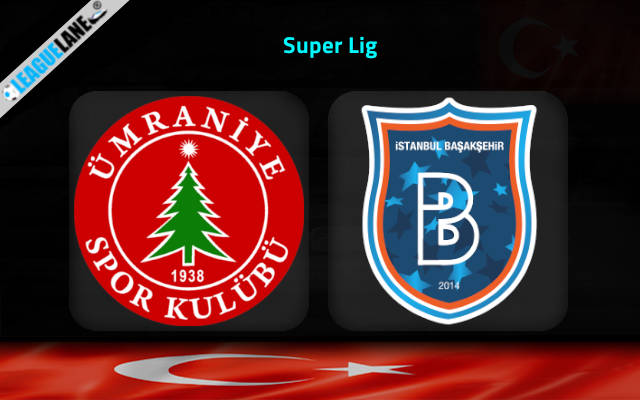 Istanbul Basaksehir will play their first league game since the embarrassing 0-7 defeat to Galatasaray on November 12th.

They will have a nice chance to bounce back more than a month later as they take on local rivals Umraniyespor as the Turkish elite class returns to action after the World Cup break.

Emre Belozoglu’s men were in action in a competitive game three days ago when they eased past Goztepe in the fifth round of Turkish Cup.

Basaksehir have been quite impressive offensively in the recent games as they bagged two goals past Westerlo and Toulouse in friendlies, before netting three first-half goals against Goztepe in the mid-week’s cup tie.

The visitors will fancy their chances of maintaining such an attacking form here against Umraniyespor who hold the very bottom of the Super Lig standings with just 7 points from the opening 13 games of the season.

Nevertheless, we have to say that four of these seven points have come in the previous two league games as Umraniyespor saw off Alanyaspor (their lone win of the season) 3-1 before playing a 2-2 draw at Sivasspor in the previous round.

It is, however, worth noting that Recep Ucar’s men have allowed at least two goals in four of the last five Super Lig outings.

Both teams have favored attacking-minded football in their recent league games. Their mid-season friendlies did not offer any different strategies. Looking also at the head to head record, we have to back the high-scoring contest here.

The best pick in our eyes is Istanbul Basaksehir to win & Both Teams To Score at the 3.75 odds. We also like the 1-3 correct score longshot at the 15.00 odds.