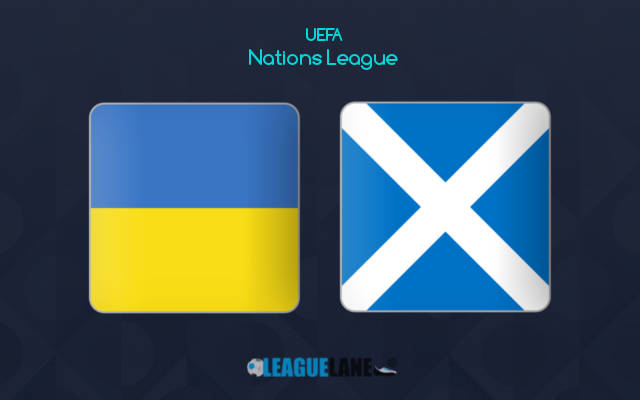 Ukraine and Scotland will take on each other for the second time in just six days as the two teams are set to close their campaigns in the 2022 UEFA Nations League group stage.

Scotland took the lead in the group with a statement 3-0 victory over the Ukrainians last Wednesday.

Substitute forward Lyndon Dykes stole the show by completing a second-half brace, while Aston Villa’s John McGinn was fantastic once again, adding another goal to his fine international tally.

Scotland jumped onto the top spot in the group with three wins in the inaugural four outings. They have a nice chance to secure a top-flight promotion with a result in the reverse fixture against the Ukrainians on Tuesday night on the neutral venue of the Stadion Cracovii im. Jozefa Pilsudskiego in Krakow.

Ukraine, on the other side, picked up just one point from the last two affairs against Ireland and Scotland.

They did not offer anything in the final third in the last match against Scotland, failing to register a single attempt on target last Wednesday.

The story is completely different with the Scots who are finding more sources for goals with each new game.

Steve Clarke’s men bagged seven goals in total in the back-to-back victories over Armenia and Ukraine. Can they keep this form going in the last match of the group stage?

Scotland completely dominated the pitch in the previous meeting between these two teams last Wednesday. We thus have to recognize the value of the 3.00 odds offered for their win here.

We will also back goals at both ends at the 1.85 odds knowing that these two teams have scored nine and five goals respectively in the opening four games in this group.