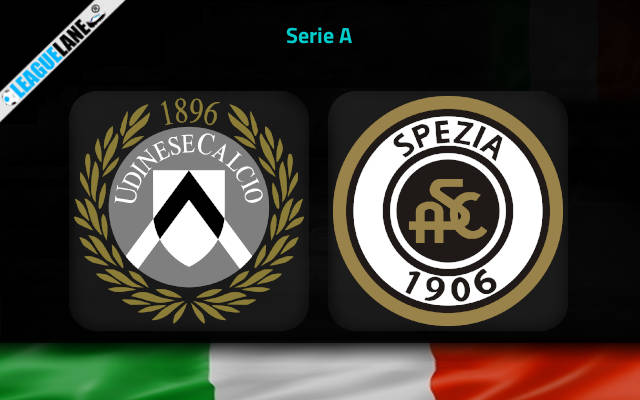 Spezia are still under the threat of relegation, and their recent results absolutely show that they are under pressure as well. They are on a long losing streak, and are letting in goals in huge numbers.

At present they are placed 16th in the table, with a surplus of four points over the relegation cut off. And since the campaign still has two more match-days remaining they need just one more win to mathematically ensure their safety.

But what troubles them most is the form of the two teams just below them, and particularly that of Salernitana. Likely, what the team needs to do in this situation is to go for the win this weekend at any cost, and thus avoid putting themselves in a tough situation for the final matchday of the campaign.

In the meantime, Udinese are comfortably placed in the mid table, and they are going through a poor stretch of performances.

They have nothing to lose, and this apparent lack of threats has allowed them to be complacent. They have dropped a lot of points in the past few weeks, and they are also letting in goals in huge numbers.

However, they are at home, and they will be eager to give their fans a loyal sent off, with a compelling win. As such, we can count on them to go for the three points right from the get-go.

As these two lock horns at the Dacia Arena, expect goals in plenty.

Udinese were held to a 1-1 draw on the road the last match-day by Sampdoria, and they were winless in four of their past five overall fixtures. Do also note that they are on a two-game losing streak at home, and they had failed to keep clean sheets in their last seven home fixtures.

On the other hand, Spezia lost 1-3 at home the past game week against Atlanta, and they are also on a four-match losing streak. They were also winless in eleven of their past thirteen overall games, and they had lost four of their previous five road trips as well.

As these two teams take on each other in this penultimate match day of the season, expect goals to come from either end of the pitch.

Tips for Udinese vs Spezia