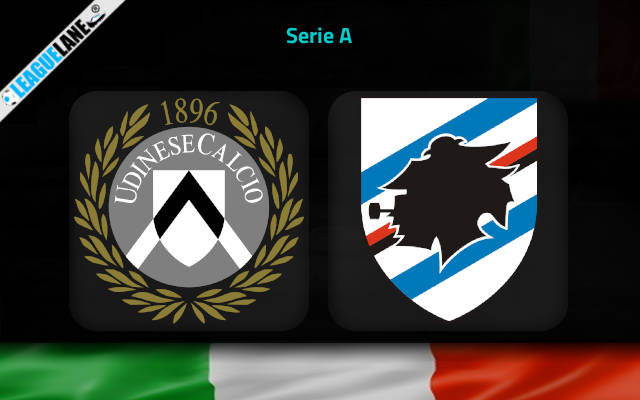 Both these teams are counted amongst the weaker teams in the Italian top flight. They are placed in the bottom half of the table, and there is no realistic chance of these two making it to a European competition next season.

However, there is one stark difference between the two, and this might actually play a role in determining the outcome of the fixture.

Sampdoria are currently the worst team on the road in the Serie A. They are on a long losing streak in away games, and are conceding goals in huge numbers. They have won just thrice away from home all through the campaign.

Meanwhile, Udinese have done comparatively far well in home fixtures, and they will try to make the most of this opportunity.

By the looks of things, expect them to have the upper hand this weekend.

Udinese registered a confidence-boosting 1-1 draw on the road the last match-day, against none other than AC Milan. Before that they had recorded a 1-1 draw against Lazio, and they have lost just thrice at home in the past nine-month period.

On the other hand, Sampdoria lost 4-0 on the road the past game week, against Atalanta. They had also lost seven of their former nine fixtures, and they are on a five-match losing run on the road.

Moreover, they have registered a total of just three wins away from home since May of 2021.

Considering these observations, expect a win for Udinese this weekend.

Tips for Udinese vs Sampdoria