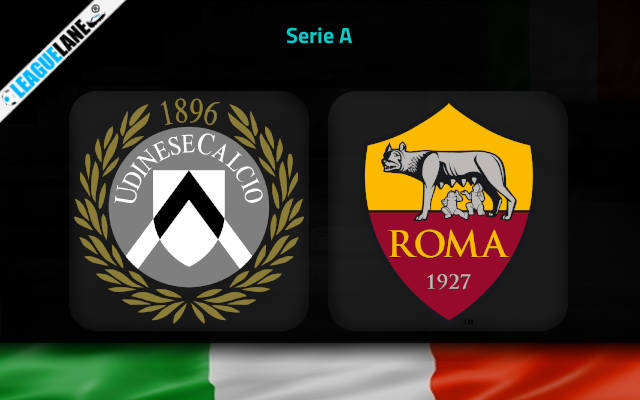 Roma seemed determined to go after the Italian title at any cost this season. They are placed at the top of the table as of now and so far they have delivered some truly impressive performances. This weekend they will be on the road and will be hosted by Udinese.

The arrival of Jose Mourinho has truly transformed the Romans and now it seems that they have taken the reins in the Italian first division.

They have a 100-percentage winning record so far this season in the league, disregarding a single draw. And it needs to be mentioned that this only draw had come against former champions Juventus.

Going on, Mourinho’s team have been outscored only by Napoli and the Milan teams. It also needs to be mentioned that they have let in the least number of goals of all the teams in the tournament.

Meanwhile Udinese had started their campaign on a two-game winless run and so far they have been able to register a total of just two victories. And it is quite telling about their form that one of these two wins had come against the newly-promoted Monza.

On top of that they also have a poor head-to-head record against Mourinho’s team over the years and taking into account all these observations, expect a victory for Roma this Sunday.

Udinese were winless in six of their past ten overall fixtures and in the process, they had gone on two separate two-match losing streaks. Do also note that they have been able to register a total of just one league victory at this stadium in the past four months.

On the other hand, Roma are on a 6-game unbeaten run and impressively five of these were victories. They had registered a 3-0 win in their latest league encounter and they have also recreated their form in away fixtures lately.

And most of all they are the current champions of the Europa Conference League.

Considering all these observations it is expected that Roma will deliver a winning performance this Sunday.

Tips for Udinese vs Roma