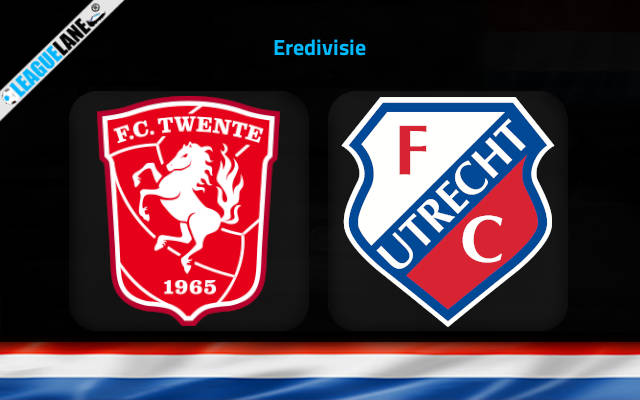 Twente vs Utrecht Predictions and Free Tips from our expert tipsters when the teams go head-to-head in Dutch Eredivisie on Sunday, 22 January 2023.

Twente have been one of the most consistent teams in the entire Dutch top flight this season. They are the only team yet to let in ten goals into their nets, and they have a near-perfect record at home through the campaign.

Meanwhile, Utrecht have been winless in the league since the season resumed after the World Cup, and they seldom have kept clean sheets on the road in 2022-23.

Twente have a great h2h record against this rival – and particularly so at this venue. In fact, they won three of the past four meetings at this ground, and lost a single league clash at this stadium in the past ten years.

Moreover, they have been unbeaten in overall h2h encounters in the past two years as well.

Who will win the match between Twente and Utrecht?

Twente have a superior h2h record against this foe in the past two years, and it extends to the past ten years when games at this stadium are considered.

They also have a 100% winning record at home this Eredivisie season, barring a single draw. In fact, they let in just two goals at this venue all through the campaign.

On the other hand, not only are Utrecht winless after the break, but they failed to keep a clean sheet during this stretch.

As things stand, expect a win for Twente this weekend.

Twente by far have the best defense in the entire league. After all, they let in just two goals this whole league season at home. They also kept a clean sheet in the latest h2h meeting at this ground.

Moreover, the last two h2h encounters had just three goals combined between them. All of these point towards the upcoming fixture turning out to be a low-scoring affair.

As mentioned before, Twente have delivered phenomenal defensive performances throughout the tournament – and have done so in recent h2h clashes. It would be hard for the currently out-of-form Utrecht to find the back of the net this Sunday.

Twente are easily the best team at home this season. They have a 100% winning record here barring a draw, and they let in just two goals all through the campaign at this stadium.

Meanwhile, Utrecht are completely winless this past month, and they also have a poor h2h record in recent years.

Likely, chances are high for Twente to win, and the odds for that are placed at 1.70.

Going on, goals are not expected in plenty this weekend. Recent h2h meetings have all been low-scoring affairs, and to complement that the hosts have a rock-solid defense to depend on.

As such, a low-key 2-0 win for the hosts is expected this Sunday. The odds for the same are placed at 9.00.