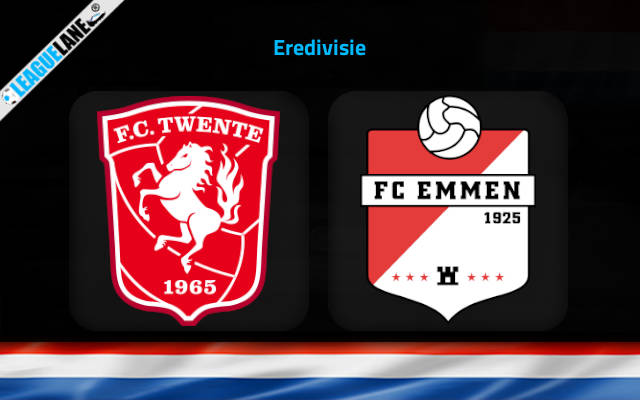 Twente vs FC Emmen Predictions and Free Tips from our expert tipsters when the teams go head-to-head in Eredivisie on Friday, 6 January 2023.

Twente are one of the most consistent teams in the entire Dutch Eredivisie, and they really are going after a podium finish this season.

Meanwhile, Emmen are one of the worst, and are currently in contention to get relegated. They have just two wins so far this league season, and barring a single victory, they have a 100% losing record on the road.

Twente have a perfect unbeaten record against this rival, barring a single loss in 2020. The latest clash had ended in a 1-4 win for them, and only once have they failed to find the back of the net against this rival in 15 years.

Who will win the match between Twente and FC Emmen?

Along with toppers Feyenoord, Twente are the only team in the competition to have remained unbeaten in the past five match-days. They are also the best team at home by a mile. In fact, they have a perfect winning record at this ground, barring a single draw.

Meanwhile, Emmen have a 100% losing record on the road, barring their match-up against Sittard.

Twente scored two or more goals in 11 of their past 13 appearances at home, and at the same time, Emmen have been struggling with their defense. The hosts should score in plenty this weekend.

Twente have the best defense in the entire league. They are the only team yet to let in goals in double digits in the Dutch top flight. Do also note that they conceded just two goals so far at home as well.

Twente are a strong contender to secure a podium finish this season in the Dutch Eredivisie, and they have been phenomenal at home so far. At the same time, Emmen are on a long stretch of poor performances, and have a poor h2h record.