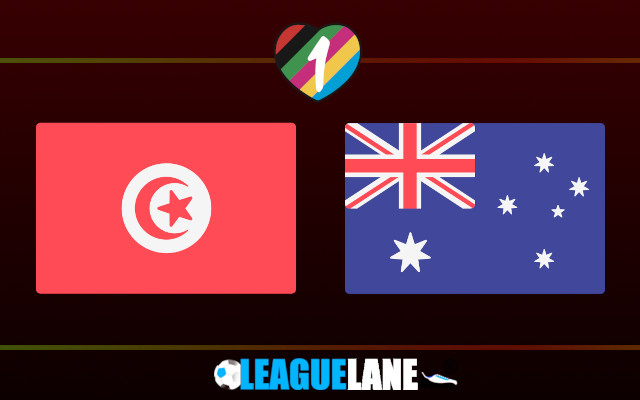 Australia drew the short straw to take on the defending champions in their opener, and as one would expect, they were totally outplayed.

Even the supposed champions’ curse did not come to their aid. One more loss, and they are practically out of the competition, and this is exactly what the Tunisians would be counting on.

They played out a goalless draw in their first game, against the in-form Denmark. As a result they have a point against their name on the board, tied with the Danes.

And since Denmark are pitted against France next, they are expected to lose – and if Tunisia are able to battle out a win – they could possibly make it to the Round of 16.

The Australians are low in confidence, and are desperate for a win. They got hammered 4-1 by the French squad, and now they have no go but to go after goals in their second fixture, right from the get-go. No scope for a defensive set-up for them.

If the Tunisians play their cards right, they could bring this scenario to their advantage. The Australians will be leaving lots of spaces at the back. All the African team would need to do is keep a tight check at the back, and hit back on the counter.

They are after all in great form, and are consistently finding the back of the net. In fact, the last they lost against this opponent was back in January, against Brazil of all teams.

Moreover, they also have a dominant h2h record against this rival over the past years.

By the looks of things, expect a win for Tunisia this Saturday.

Only once have these two teams locked horns, and then Tunisia recorded a 0-2 win.

The Tunisians have been in such great form, that their only defeat in the past ten months had come against the first-ranked team in the world – Brazil. They also started their World Cup campaign with an impressive result – as they held the in-form Denmark to a draw.

It would be comparatively easy for them to take on the desperate Australians, who let in four goals in their opener. The Aussies have no choice to go after a huge win, and this in itself is a recipe for disaster.

On top of that, the Tunisians also have a superior h2h record over them.

It appears to me that Tunisia are favorites to deliver a winning performance this weekend at the Al Janoub Stadium.

And when it comes to goal-scoring, who else to trust but their leading goal-scorer (active players) – Wahbi Khazri. The attacking midfielder was the top-scorer for the country in the previous edition of the World Cup too.