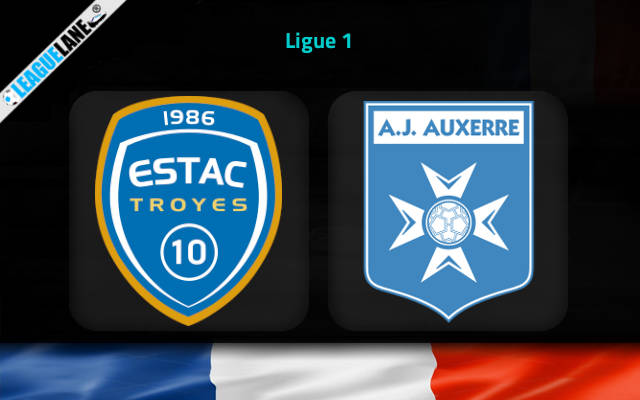 Both Troyes and Auxerre are going through rough patches of performances right from the start of the season. The two are struggling with their respective defenses, and are letting in goals in huge numbers.

Troyes are placed in the bottom half of the table, and all along they managed to register just three wins. It also needs to be mentioned that they remained winless in the last five league games in a row.

It is also of importance that they conceded the most number of goals in the competition, save for the dead-last placed squad.

Moreover, they won just once at home all through the current campaign, and the sole victory came against the dead-last placed Angers.

Meanwhile, Auxerre are hanging by a thread over the relegation cut-off, and they were able to register just three wins so far in the tournament. Going on, they remained winless in all but one of their games in the past five match-days.

And this only win during this stretch came against the 19th placed Ajaccio.

It goes without saying that the two teams are struggling quite a bit with their backlines, and additionally they are desperate to put an end to their respective dismal runs as well.

The two squads will target each other for a much-needed win, and the expectation is that the two will let in goals in huge numbers during the ninety minutes.

Troyes are on a long stretch of winless performances, that the last they recorded a win was back in the second week of September.

The last they won at home was back in August, and their latest clean sheet at home came in the first week of May.

On the other hand, Auxerre have a single win to their name since August, and this victory came against the relegation-threatened Ajaccio. All along they let in goals in huge numbers, and they are on a losing streak on the road since August. Note that they let in 11 goals from their previous four away fixtures.

By the looks of things, expect a high-scoring affair between the two squads this Friday.

Tips for Troyes vs Auxerre